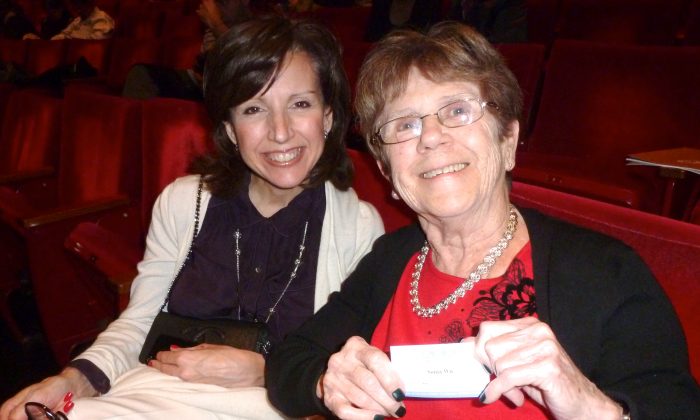 “The costumes are beautiful. I like the depiction of the culture, the richness in the presentation,” said Ms. Seaman, who attended the performance with her mother Ms. Marian Herrera.

Based in New York, Shen Yun was established in 2006 to revive 5,000 years of Chinese civilization.

“It’s very well done,” Ms. Herrera said of the divinely inspired culture that shone through the performance. “Definitely very well done, coming forth to give you that impression and understanding.”

Both ladies agreed that the stories presented by Shen Yun were wonderful, and that the digital backdrop added to the stories quite impressively.

“Shen Yun’s mini-drama pieces draw upon stories and legends that span China’s history from the Yellow Emperor and through the Tang and Song dynasties and all the way to the modern day,” Shen Yun’s website states.