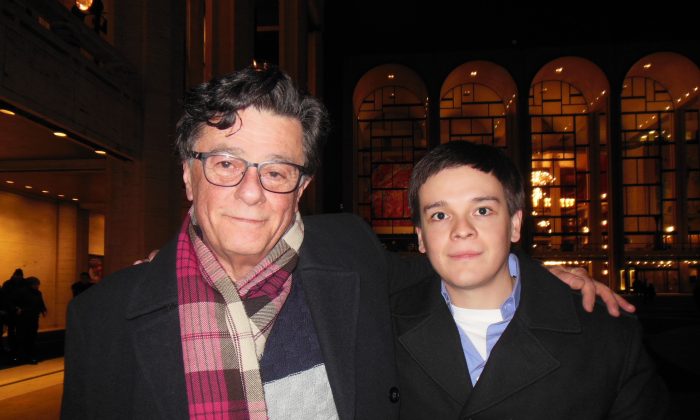 NEW YORK—With a mission to restore 5,000 years of traditional Chinese culture, Shen Yun Performing Arts brings the essence of this ancient civilization to modern audiences across the world.

This is what security company CEO Frank Cappuccio loved about the performance.

“[It was] great to see that [Shen Yun] brought in all of the best of Chinese culture,” Cappuccio said after watching the performance at Lincoln Center in New York City on Jan. 12.

Shen Yun Performing Arts is currently travelling the world, retelling the true story of China on stage through traditional dance and music. Founded in 2006, the New York-based company has grown over the years to become the premier classical Chinese dance company, with six equally-sized contingents simultaneously touring the world every year.

For Cappuccio, who owns Cybrarian Corporation, a company that provides security services to governments around the world, the performance was mesmerizing because it showcased traditional Chinese values and virtues.

“All of the best dynasties, from early … China, believed that it was the emperor’s duty … the family’s duty, and the children’s duty to bring heaven on earth,” he said.

“I think that was beautiful, the way they brought that out.”

“Certainly, this was heaven on earth.”

The idea of heaven on earth, Cappucio said, is based upon people living together in harmony, a principle central to traditional Chinese culture.

“All of the best rulers of China always insisted upon that.”

Traditional Chinese culture is rooted in belief in the divine, or heaven. For millennia, Chinese people observed values and virtues that led to living in harmony with each other, the earth, and heaven. These included benevolence and justice, propriety and wisdom, respect for the heavens, and divine retribution. When people lived according to these principles and aimed to improve themselves morally, it was said that they were closer to embodying the will of heaven.

Chinese Culture Will Save the World

The strength of traditional Chinese culture, Cappucio said, lies not only in its intelligence, technology, and deep philosophical system, but also because it is based on family.

The family unit living under the law of heaven was the basic building block of traditional Chinese society. This traditional way of living was preserved uninterrupted up until 1949 when the Chinese Communist Party (CCP) seized power in China. Employing Marxist ideology which glorified struggle against heaven, earth, and your fellow man, the CCP sought to destroy the family unit by preaching that a person’s loyalty, above all else, was to the party. Family members were encouraged to spy on each other and report on thoughts and activities deemed unacceptable by the Party. Thus sons were turned against their fathers, daughters against their mothers, and husbands against wives.

Shen Yun Performing Arts, however, revives these traditions by telling stories through classical Chinese dance; stories that embody the collective wisdom developed over thousands of years of human experience.

The values found in these stories, which have endured for countless generations, should continue to endure today, said Cappucio.

“I would say that those are the values that we should have,” he said.

For Cappucio, it is for this reason that “Chinese culture will save the world.”