CEO Says Shen Yun Made Him Feel as If Blessed 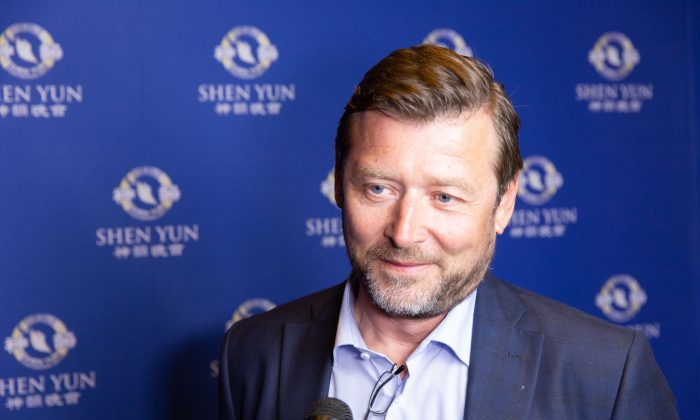 “The moderators told the stories, so the scenes could be understood easily, which was of great value.”

“When viewing the orchestra pit, I noted that there were Western and Chinese instruments. It is excellent that the different instruments harmonized so well.”

“The last scene was the most impressive tonight. One could immediately understand that it presented awakening and enlightenment. We felt as if we were blessed on our way home.”

“Shen Yun opened my eyes to something that I had not known to exist. I’m very grateful to have experienced this today.”