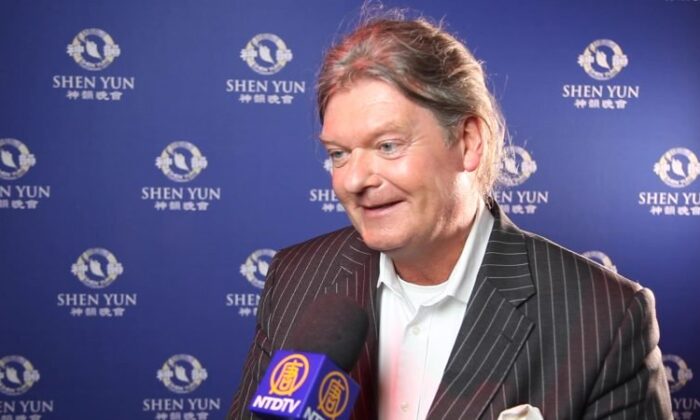 Shen Yun Performing Arts, translated into English, means the beauty of divine from dancing. This explains in a true sense what the Shen Yun performers have brought to thousands of people worldwide.

Prufer, as well as his wife, were deeply touched by watching the performance. He said, “The dances inspired me, and we were amazed to learn that these performers are a New York-based classical Chinese dance and music company. It is sensational that they endeavored to revive the 5,000 years of China’s ancient culture through the fine arts of music and dance.”

The Prufers felt that the Shen Yun performance was an oasis of inspiration, and “the soprano can only be described for being world-class.” Both felt that throughout the performance, the artists strengthened the idea that humans being the same, no matter where they were born.

Prufer shared that “Everyone is connected and linked no matter where one comes from. Nationality does not matter, as we are all made of the same substance.”

For him, language is of no importance. In the end, awareness of peace and happiness is longed and yearned for by everyone throughout the world.