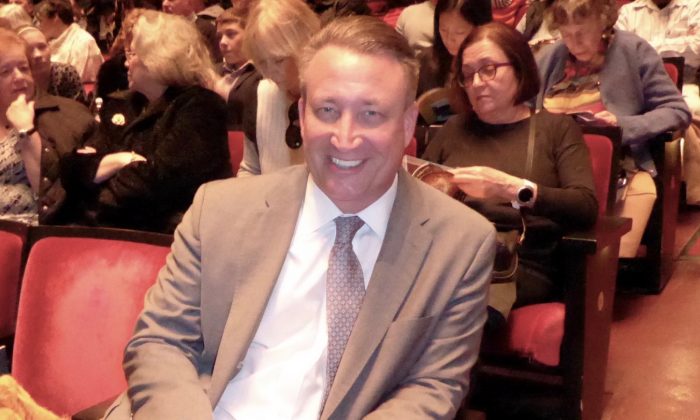 NEW YORK—Prior to 2006, classical Chinese dance was little known in the West, and for decades when one thought of China, one’s first association was not “divinely inspired.”

Formed in upstate New York, the artists of Shen Yun Performing Arts sought to change that. The independent, non-profit group has since become the world’s premier classical Chinese dance company, bringing the authentic traditional Chinese culture to the world’s stage.

“The show has been fantastic and I truly appreciate the authenticity of it,” said Frank Liggio, vice president of CBRE Long Island. He saw a performance with his family at Lincoln Center’s David H. Koch theater on March 13, and said it was something they would come back to.

Traditional Chinese culture is said to be divinely inspired, and civilization was centered on harmony between heaven, earth, and humankind. For thousands of years, principles from the religions of Buddhism, Taoism, and Confucianism governed society.

Through the expressive form of classical Chinese dance—a dance system developed over thousands of years—and bilingual explanations and anecdotes from the emcees, who were able to “to explain the whole culture to us and the history of the Chinese culture,” Mr. Liggio was seeing a side of China not often covered.

The costumes ranged from the white scholarly robes in “Poets of the Orchid Pavilion,” to the emperor’s robes of an ancient undersea dragon in a story about the Monkey King. Several stories included heavenly beings like celestial maidens, with their costumes crafted in a different color palette each time.

“The dancing has been fantastic,” he said. “I truly appreciate the costumes.”