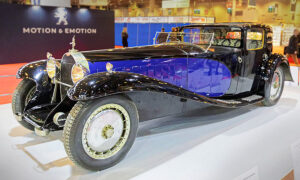 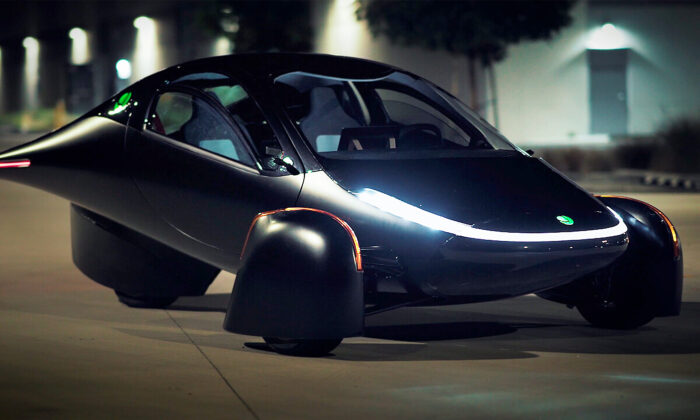 Manufacturers have experimented with solar-paneled cars for decades. Now, with sights set on cutting emissions, California-based Aptera Motors believes it has perfected a “Never Charge” solar electric vehicle, capable of efficient performance even after the sun goes down.

“We see solar as the main driver of our business,” Aptera co-creator Chris Anthony told The Washington Post. “It enables so many things.”

The car is covered in 34 square feet (approx. 3 square meters) of solar cells. An estimated 90 percent of the power these produce goes directly toward making the vehicle drive.

“We think energy should be used to turn your wheels,” Anthony said in a launch video. “That starts with aerodynamics.”

Aptera—Greek for “wingless flight”—unveiled the new sEV in a press release on Dec. 4. As for solving the problem of after sundown, the car’s low-drag profile gives it the longest range of any production vehicle known, meaning charges last longer. The car can also be charged using a regular 100 Watt outlet, and it can travel up to 1,000 miles (approx. 1,600 km) per full charge.

Currently undergoing safety tests, the sEV is expected to begin mass production by the end of 2021, for sale starting at $25,900 a unit.

Aptera’s initial attempt to produce its Batmobile-esque sEV ended in bankruptcy amid federal grant negotiations. The design was polarizing; the money never came. The company was liquidated in 2011, five years after its inception.

Then Anthony and Fambro rebooted Aptera in 2019 after a crowdfunding campaign. Advances in technology made their work easier, their design cheaper and more plausible.

The two-seater sEV has met some criticism for its limitations in the consumer market. Timothy Lipman, co-director of the Transportation Sustainability Research Center at the University of California at Berkeley, told the news outlet, “This is a niche kind of thing.”

“Driving alone in this vehicle uses less energy than the most efficient transit systems in the world,” robo-car expert Brad Templeton wrote in Forbes. Yet from the standpoint of reducing emissions, he added, it would be better to install solar panels on the roof of your house than to put them on your car.

“Aptera will change the minds of so many people that I had to be an investor to help them on their journey to getting game-changing cars into the exploding EV market,” investor John Overstreet wrote on WeFunder after contributing $20,000 to the campaign, which ended up raising $4.6 million.

In December 2020, Aptera slated 330 preorders for the sEV in 24 hours. They have since surpassed 7,000 preorders, totaling a quarter-billion dollars in sales.

Potential clients are diverse. Both keen to drive the sEV are: Tyler Perkins, 27, a vegan camping enthusiast and hybrid car driver from Oklahoma City; and Nick Field, 36, a technology buff and accountant based in London.

“They’re actually like, ‘Let’s build a futuristic car, because if we don’t do it no one will,’” Perkins marveled. “And that’s how the future happens.”