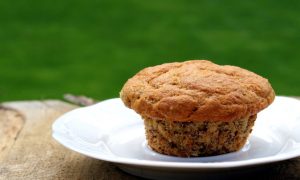 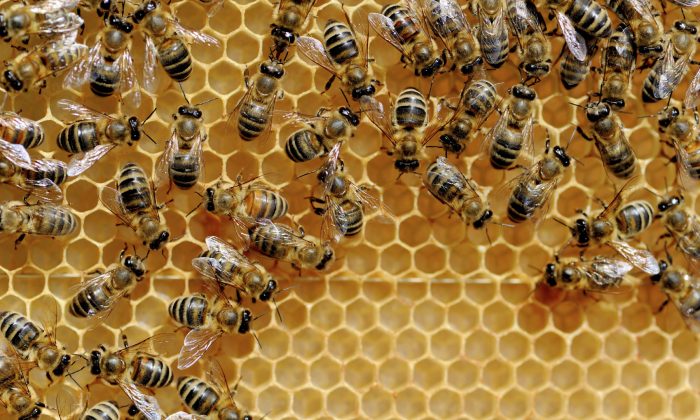 Medical science is rediscovering the healing power of honey. (Byrdyak/iStock)
Good to Know

Imagine slathering honey on an open wound. It may sound weird, but until the advent of penicillin, this was a widely used and well-regarded remedy. Today, the practice is making a sweet comeback in hospitals across the country.

Honey is especially helpful for wounds that are slow to heal or prone to infection. For cancer patients who may suffer from bed sores, skin lesions caused by radiation treatment, and surgical wounds, honey can make a big difference in how they feel and how fast they heal.

According to Patrice Dillow, a registered nurse at the Cancer Treatment Centers of America in Zion, Ill., honey has been “a game changer” for modern oncology treatment.

“Sometimes antibiotics don’t do enough, and you don’t have a good blood supply all the way down to the base wound,” she said. “If arteries are damaged and the wound has a very poor blood supply, I can give them all the antibiotics I want, but it is not going to reach it. So we have to get something topical on top of doing something systemic.”

Dillow has specialized in wound care for about 20 years. She says honey is her top choice for topical application.

“I’ve never had a wound that I would have avoided using honey on,” she said.

Honey has been used as a medicine since at least 2,000 B.C., but it was largely forgotten following the rise of antibiotic drugs in the 20th century. Over the last 20 years, however, researchers have been shining a new light on honey’s old medicinal virtues, and hospitals are pouring it back into their wound-healing protocol.

In 2007, the U.S. Food and Drug Administration authorized the first honey-based medical product for use in the United States. Called Medihoney, this product has distinct differences from the stuff you squirt out of a plastic bear. This is a honey made with healing in mind.

The bee keepers of yore discovered that restricting their hives to nectar sources of a single plant not only produced a unique taste, but also desirable medicinal features. Dandelion honey, for example, is used to benefit the liver. The Greeks are proud of their thyme honey, which is exceptionally high in antioxidants.

The most studied of these mono-flower honeys is manuka—a native New Zealand herb related to tea tree. Research has found that manuka honey can suppress about 60 different bacterial species, including drug-resistant types such as MRSA.

For most people, any good quality honey can be a useful wound treatment. But to treat the very sick, experts recommend that honey undergo an additional process.

Medihoney is manuka honey treated with gamma irradiation. This process is important because of a potentially fatal feature of honey that the gamma rays destroy: spores. As bees collect nectar, they also pick up dormant botulism spores found in the soil and bring them back to the hive. These particles are harmless to most of us, but for the immune-compromised—including babies and those with HIV, AIDS, or cancer—spores can spawn serious illness or even death.

Medihoney comes in several different forms designed to treat various types of wounds. The paste resembles something you would spread on toast. Burn units use Medihoney sheets to cover large areas.

The product is also available in a gel combined with seaweed for extra absorbency. Dillow likes to use an adhesive honey patch for some wounds, and a honey cream for moisturizing. The shapes and textures may change depending on the wound, but they all serve the same basic function.

“We use honey to keep down the bacterial load,” said Dillow. “A lot of times, wounds aren’t infected, but they have a higher bacteria level than we want for them to heal, so honey is the perfect medium to put on there.”

Honey is already widely used in hospitals, but Dillow wants to make sure even more of the health care community sees its value. Her team is currently conducting a randomized, double blind trial study measuring Medihoney against three other products in the radiation market.

Stronger evidence may coax more insurance companies to cover honey treatment. But Dillow says that patients are already convinced that it works.

“We have been so impressed with how the radiation patients have responded to it,” she said. “They’re sold.

Aside from wound healing, honey is used for many other types of health problems. Studies have shown that honey may benefit respiratory problems, migraines, and gastro-intestinal problems.

Honey has also demonstrated some promise for its anti-tumor effects in animal studies. In one study, Tualang honey (made with nectar from the Malaysian Tualang tree) had “significant anticancer activity against breast cancer cells” comparable to the chemotherapy drug Tamoxifen, minus the side effects.

Honey lasts a long time, perhaps longer than any other food. Stored in an airtight container, honey could keep forever. It has been used for ages as a preservative for perishable products and as an embalming medium.

Even after 4,000 years of use, no microbial resistance to honey has ever been reported. However, antibacterial compounds vary tremendously among honeys. Medicinal honeys are often standardized to deliver reliable results.