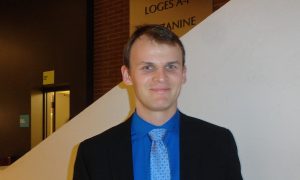 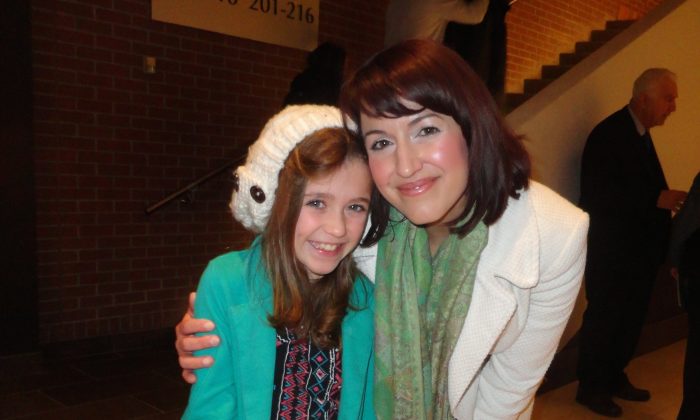 KITCHENER, Canada—Canadian mezzo-soprano Jennifer Centrone was in for an artistic treat on Tuesday night, Dec. 30, 2014, at Centre In The Square as she caught the last performance of Shen Yun Performing Arts in the city this year.

The mezzo-soprano has appeared in a wide range of musical performances nationwide, including operas, oratorios, and concerts. She has also been a feature performer in Toronto’s Opera Luminata.

As a musician Ms. Centrone particularly appreciated listening to Shen Yun’s orchestra, one that is unique in that it combines Eastern and Western instruments to create a refreshing, harmonious sound.

With Western classical instruments playing the foundation, and traditional Chinese instruments leading the melodies, the original compositions of Shen Yun express both the grandeur of a Western orchestra and the distinct sensibilities of the Middle Kingdom’s 5,000-year-old civilization, as explained on the company’s website.

“Oh I loved that. … It is so different than a traditional Western orchestra, so you can really hear these [Chinese] instruments shine through,” Ms. Centrone said.

Shen Yun also features leading bel canto vocalists performing in Chinese. The lyrics are projected on the backdrop screen, and for Ms. Centrone that was a bonus.

“I was really just enjoying the intricate play between the piano and the vocalist. It wasn’t so much as trying to understand what she was trying to say, but she was communicating that even if there were no words on the screen. It was beautiful, it was beautifully done,” she said.

Her young daughter, Paris, shared her mother’s feelings about the performance.

“Paris dances acro, so she does a lot of acrobatics, so to see the different flips and turns that they do and to find out that it originated in China so long ago is really amazing,” said Ms. Centrone.

Shen Yun features performances of classical Chinese dance, one of the most comprehensive dance systems in the world. Developed over thousands of years, it has a strict training in physical expression and specific postures, as well as combinations of leaps, turns, flips, spins, and other challenging aerial and tumbling techniques.

Ms. Centrone particularly enjoyed how Shen Yun incorporated humour in some of the dances.

“The humourous ones were so funny, the ones where you hear the trombone is mimicking laughter. They just put it together so beautifully,” she said.

“Just the grace and beauty of all these dancers, it really is stunning,” she added.

New York-based Shen Yun has four touring companies, each featuring some 100 artists, performing around the world.