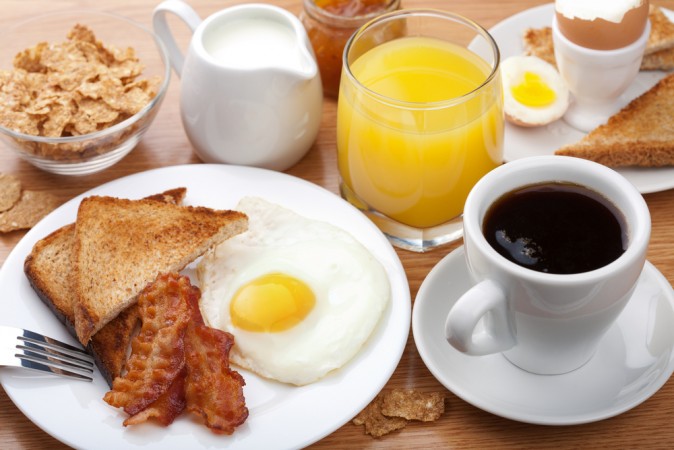 Breakfast—Not the Most Important Meal After All…

Contrary to popular belief, breakfast is not the most important meal of the day. In fact, omitting breakfast, as part of an intermittent fasting schedule, can have many important health benefits, from improving your insulin/leptin sensitivity to helping your body more effectively burn fat for fuel.

Longer bouts of fasting have also been shown to have potent health benefits, including the regeneration of your immune system, as demonstrated in recent research.

In the past, it was believed that skipping breakfast might hinder weight loss, or even make you gain weight, but recent research demonstrates there’s no truth to this theory. As noted by David Allison, senior investigator of the featured study and director of the UAB Nutrition Obesity Research Center:

“The field of obesity and weight loss is full of commonly held beliefs that have not been subjected to rigorous testing; we have now found that one such belief does not seem to hold up when tested. This should be a wake-up call for all of us to always ask for evidence about the recommendations we hear so widely offered.”

The featured study divided 309 overweight and obese but otherwise healthy adults into two random groups. Some were told to eat breakfast, while the others were told to skip it.

The researchers specifically wanted to find out whether eating or not eating breakfast had any impact on weight loss. After 16 weeks, the researchers found no difference in weight loss between the groups. In essence, it didn’t matter if they ate breakfast or not.

It’s worth noting that they didn’t control the food intake of any of the participants. Most likely, the reason why there was no notable weight loss difference between those who ate breakfast and those who didn’t, is that they may all have been eating an overall inappropriate diet, as most Americans do.

After all, if you’re eating large amounts of refined carbs and processed fructose throughout the day, skipping breakfast may not be enough to achieve weight loss, as this type of diet actively prevents your body from effectively burning fat.

Skipping breakfast is one form of intermittent fasting in which you restrict your daily eating to a specific window of time, say between 11am and 7pm, as an example. This type of eating schedule typically does promote weight loss—but what you eat is another important factor.

This is especially true if you’re severely overweight and eat a standard American processed food diet. Many people find that eating breakfast leads to feeling hungry again soon thereafter, which can lead to unnecessary snacking. This is reflected in another recent study4 into the metabolic effects of eating or skipping breakfast.

As reported by Time Magazine:

“…contrary to popular belief, having breakfast every day was not tied to an improvement in metabolism. Prior thought—supported by research—has shown that eating early in the day can prevent people from overeating later out of hunger, and it boosts their metabolism early. The new study which examined causal links between breakfast habits and energy balance couldn’t prove that.”

The study found that eating breakfast was linked to a greater overall dietary energy intake. And again, the type of foods you eat for breakfast may be the key ingredient that is being overlooked in this type of research—both past and present. Typically, you will find that eating a carbohydrate-rich breakfast will tend to make you hungry again far sooner than a low-carb, high-fat breakfast will. The reason for this is because if your body is using sugar as its primary fuel, it will need a “refill” at regular intervals, as sugar is a very fast-burning fuel.

Fat, on the other hand, is a slow-burning fuel, allowing you to feel satiated longer, and the more important fact is that you have loads more fat available than sugar stored as glycogen in your muscles and liver. While glycogen stores will only last for less than a day, your fat store can last for weeks. In addition to that, eating first thing in the morning also coincides with your circadian cortisol peak, which has an exaggerated impact on your insulin secretion. When you eat during this time, it leads to a rapid and large insulin release and a corresponding rapid drop in blood sugar levels, more so than when you eat at other times of the day.

If you’re healthy, your blood sugar level won’t drop dangerously low (such as can occur with hypoglycemia) but they can drop low enough to make you feel hungry again, even though you recently ate. This effect is amplified when eating a carbohydrate-rich breakfast, such as pancakes, muffins, cereal, or bread, with a large glass of juice for example.

Fructose Turns On Your ‘Fat Switch’

The term “fat switch” was coined by Dr. Richard Johnson, chief of the Division of Renal Diseases and Hypertension at the University of Colorado, and author of the books The Sugar Fix, and The Fat Switch; the latter of which presents a groundbreaking approach to preventing and reversing obesity. As explained by Dr. Johnson, anytime we discuss sugar, we’re talking about ALL forms of sugar, including grain-carbohydrates, but some types are clearly more hazardous than others, in terms of their effect on your biochemistry.

Fructose is particularly troublesome, as it activates a key enzyme, fructokinase, which in turn activates another enzyme that causes your cells to accumulate fat and resist letting any of it go. This is especially true if you are overweight, but far less of an issue if you aren’t.

But grains also break down into sugar in your body, thereby promoting insulin and leptin resistance just like other sugars, which in turn promotes obesity and makes losing weight a real struggle… There are also circumstances in which carbohydrates can be converted to fructose in your body even when there’s no fructose in the carbs. The underlying mechanism for this is still unclear, but Dr. Johnson believes that insulin/leptin resistance may be one of the conditions that allows for this odd conversion to occur.

11 Myths About Fasting and Meal Frequency

Intermittent Fasting Works Best When You Also Cut Down on Carbs

Dr. Johnson is a proponent of skipping breakfast, as it helps your body to enter into a more efficient fat burning phase. However, if you’re overweight, then step number one is to reduce your overall sugar and grain consumption. He suggests cutting sugar by one-half to one-third of your normal intake. I recommend keeping your total sugar/fructose intake below 25 grams a day, or as little as 15 grams a day if you have any health problems related to insulin and leptin resistance, such as high blood pressure, diabetes, or heart disease, until your insulin/leptin sensitivity has been restored.

If you’re overweight, then step number one is to reduce your overall sugar and grain consumption.

You can then further boost your fat loss efforts by incorporating the principles of intermittent fasting, and by exercising in a fasted state. A simple way to get started with intermittent fasting is to simply omit breakfast, making lunch the first meal of your day. I usually recommend this kind of eating schedule, but if you want to eat breakfast and skip dinner instead, that’s okay too. The key is to limit your eating to a specific, narrow window of time each day (about 6-8 hours), rather than eating every two to three hours, all throughout the day.

Intermittent fasting is by far the most effective way I know of to shed unwanted fat and eliminate your sugar cravings. Since most of us are carrying excess fat we just can’t seem to burn, this is a really important benefit. When sugar is not needed as a primary fuel, your body will also not crave it as much when your sugar stores run low. Another mechanism that makes fasting so effective for weight loss is the fact that it provokes the secretion of HGH—a fat-burning hormone that has many well-recognized “anti-aging” health and fitness benefits.

Fasting for a Few Days Can Regenerate Your Immune System

In related news, another recent study has found that a three-day long fast can regenerate your entire immune system, even if you’re elderly. The researchers described the findings as “remarkable.” Fasting for a few days, they found, has the power to kick-start your stem cells into producing more white blood cells, which are part of your body’s natural defense arsenal. As reported by Daily Life:

“Scientists at the University of Southern California (USC) say the discovery could be particularly beneficial for those suffering from damaged immune systems, such as cancer patients on chemotherapy. It could also help the elderly whose immune systems become less effective…

”And the good news is that the body got rid of the parts of the system that might be damaged or old, the inefficient parts, during the fasting. Now, if you start with a system heavily damaged by chemotherapy or ageing, fasting cycles can generate, literally, a new immune system.”

They discovered that longer fasts (two to four days) led to the reduction of an enzyme called protein kinase A (PKA), which previous research has linked to life extension in simple organisms. Starving the body for a couple of days turns off the gene for PKA, and this is the trigger that tells your stem cells to shift into regeneration mode. According to Valter Longo, professor of gerontology and biological sciences at the University of Southern California, this is what “gives the OK for stem cells to go ahead and begin proliferating and rebuild the entire system.” Fasting for three days also led to a reduction of IGF-1, a growth factor hormone linked to aging, cancer, and tumor growth. According to co-author Tanya Dorff: ”The results of this study suggest that fasting may mitigate some of the harmful effects of chemotherapy.”