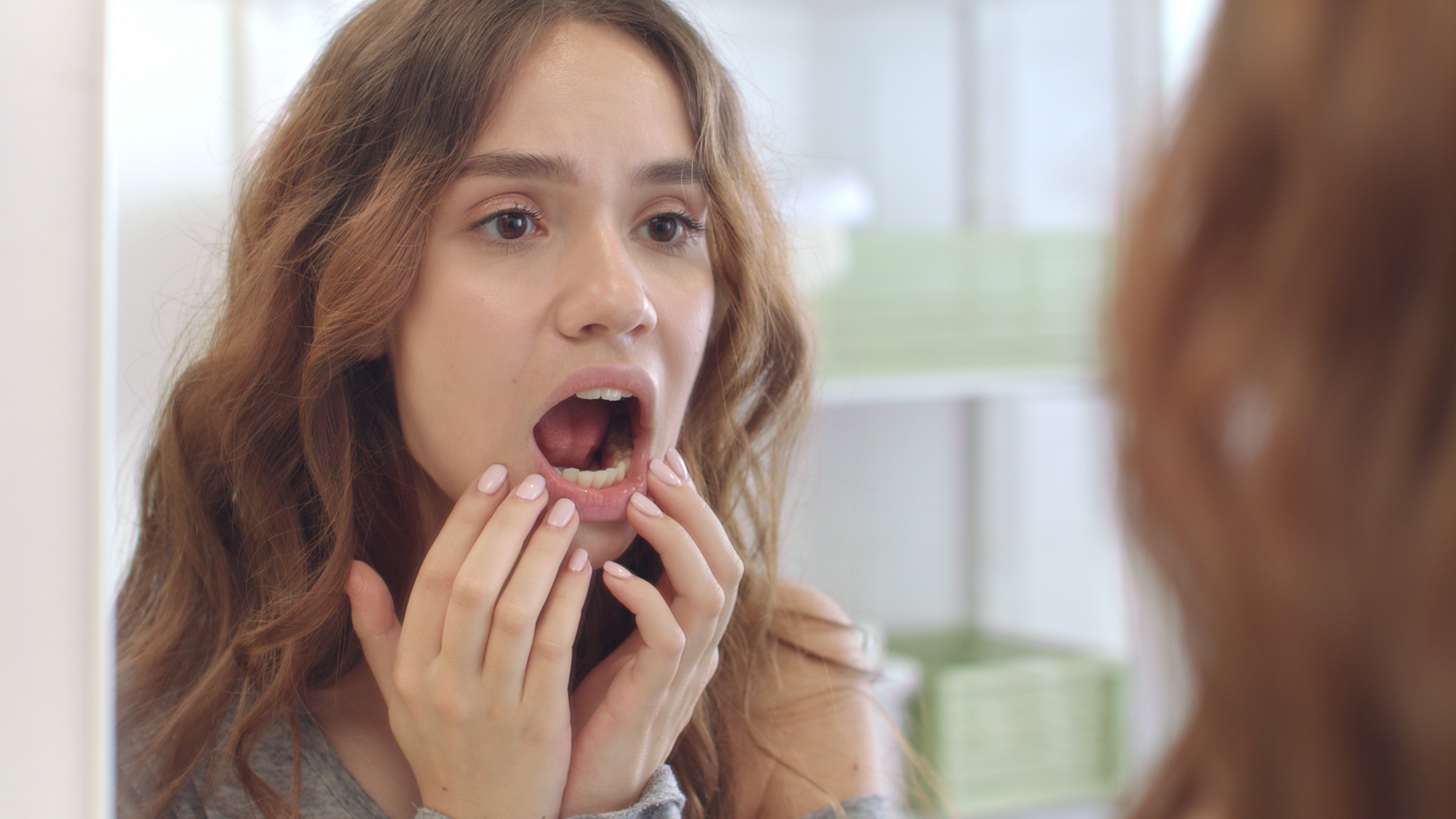 If your gums bleed easily when you brush your teeth, you may need more vitamin C, according to a study by University of Washington (UW) researchers.1

Bleeding gums can be a warning sign of periodontal disease, also known as gum disease, that results from infection and inflammation in your gums and the bone supporting your teeth.2 Your gums may bleed even during the early stages of the disease, known as gingivitis.

However, according to Philippe Hujoel, a dentist and professor of oral health sciences with the UW School of Dentistry, if your gums are bleeding the first thing you think about shouldn’t be brushing and flossing more—even though this is what the American Dental Association recommends—it should be figuring out why your gums are bleeding, and a nutrient deficiency could be to blame.3

The recommended daily vitamin C intake set by the World Health Organization was based on scurvy prevention, but according to the UW study, this may be too low to achieve the full benefits that vitamin C has to offer.4 One such benefit is the prevention of microvascular fragility, a condition that can manifest as bleeding gums or retinal hemorrhaging.

Using data from 15 trials spanning six countries, the researchers found that vitamin C supplementation reduced the tendency for bleeding gums in people with vitamin C levels below 28 μmol/L. Vitamin C levels are considered normal when they’re greater than 28 μmol/L, while vitamin C depletion is diagnosed at 11 to 28 μmol/L and a deficiency at less than 11 μmol/L.5

They concluded that vitamin C requirements intended to prevent scurvy may lead to vitamin C levels in the body that are too low to prevent bleeding gums. Further, the tendency for bleeding gums and retinal hemorrhaging is associated with low vitamin C levels and could be an indication of systemic microvascular pathology, including bleeding in the brain, heart, or kidneys,7 that could be reversed by increasing daily vitamin C intake.8

This isn’t the first time the link between vitamin C and gum bleeding has been discovered. Paul Robertson, the former dean of the UW School of Dentistry, conducted studies in 1986 and 1991 that also found a connection. According to the study’s lead author Philippe Hujoel:9

“There was a time in the past when gingival bleeding was more generally considered to be a potential marker for a lack of vitamin C. But over time, that’s been drowned out or marginalized by this overattention to treating the symptom of bleeding with brushing or flossing, rather than treating the cause.”

This is problematic, because by focusing only on brushing and flossing, the systemic damage caused by the nutrient deficiency continues. The study noted:

“A default prescription of oral hygiene and other periodontal interventions to ‘treat’ microvascular pathologies, even if partially effective in reversing gingival bleeding as suggested in this meta-analysis, is risky because it does not address any potential morbidity and mortality associated with the systemic microvascular-related pathologies.”

Why Your Body Needs Vitamin C

Vitamin C, also known as ascorbic acid, is a water-soluble vitamin found in abundance in fruits and vegetables. Is an essential nutrient that humans must get from their diet or supplements. It has powerful antioxidant properties because of an ability to donate electrons to oxidized molecules.

Vitamin C, even in small quantities, protects proteins, lipids, and even DNA and RNA in your body from reactive oxygen species that are generated during normal metabolism as well as due to toxin exposure, such as cigarette smoke and air pollution.

Vitamin C is also involved in the biosynthesis of collagen, carnitine, and catecholamines, according to Rhonda Patrick, Ph.D., and as such, “vitamin C participates in immune function, wound healing, fatty acid metabolism, neurotransmitter production, and blood vessel formation, as well as other key processes and pathways.”10

Vitamin C’s anti-cold effects are also among its most-studied uses, and research suggests that using vitamin C prophylactically as well as therapeutically at the onset of cold symptoms may reduce symptoms and cold duration.11

It may also be useful against COVID-19. As noted by Dr. Andrew Saul, editor-in-chief of the Orthomolecular Medicine News Service, at extremely high doses vitamin C acts as an antiviral drug.

Oral Health Is Part of Your Overall Health

If your gums are bleeding or you’re having any other problem with your oral health, seeking the foundational cause is key, as what happens in your mouth doesn’t stay there.

“Your teeth are organs that are connected to your whole nervous system and basically are part of your brain, kind of like your eyes,” biological dentist Dr. Dominik Nischwitz said during our 2020 interview on holistic dental care. “You have this massive brain nerve there called the trigeminal nerve. It’s one of the 12 cranial nerves and takes up 50 percent of the space of all the other ones, so it’s quite important.”

While it’s true that brushing and flossing are important, they’re not going to correct a low vitamin C level, for instance, if that’s what’s causing your gums to bleed. Nischwitz also focuses on nutrition and has developed a Bone Healing Protocol that includes certain micronutrients and focuses on high doses of vitamin D3.

Vitamin D levels, for example, should ideally be above 60 nanograms per milliliter (ng/mL), and if your levels are low to begin with, you may need to take a supplement for several months before any further treatments begin. The protocol also stresses magnesium, vitamin K2, vitamin C, and B vitamins.

Nutrients for Gum and Oral Health

“In the mouth, you don’t want to have a ‘scorched earth policy,’ nuking all bacteria and hoping the good bugs come back,” says biological dentist Dr. Gerry Curatola, founder of Rejuvenation Dentistry. “[G]ood bugs basically have a harder chance of setting up a healthy-balanced microbiome when you disturb them, denature them or dehydrate them with alcohol-based products.”

Curatola describes your mouth as your “gateway to total body wellness.” He is among those who recommend specific nutrients to support gum and overall health. In addition to vitamin C, he recommends coenzyme Q10 (CoQ10), as bleeding gums are often a sign of CoQ10 deficiency.

There are also a number of homeopathic tissue salts that can be beneficial for oral health, including silica, calcarea fluorica (calcium fluoride), calcium phosphate, and calcium carbonate.

A gentle way to reduce plaque, bad breath, and gingivitis while improving oral health and hygiene is oil pulling using coconut oil. According to Ayurvedic tradition, swishing oil in your mouth may improve more than 30 systemic diseases including reduced inflammation and bleeding.12

While tending to your oral health via diet and lifestyle changes is essential, oil pulling is a sensible addition to your daily oral hygiene routine. Coconut oil is an ideal oil for oil pulling due to its antimicrobial effects.13 Coconut oil is antibacterial and antiviral and contains 92 percent saturated fats,14 49 percent of which is the anti-inflammatory and antimicrobial medium chain saturated fat lauric acid.15

It may also be effective against gingivitis. In a pilot study of 20 people with plaque-induced gingivitis, coconut oil was used as a mouthwash daily for 30 days. A control group carried out normal daily oral health procedures but without coconut oil. Both plaque and bleeding decreased in the groups, but the coconut oil group had a more significant decline, showing promise for reducing plaque formation and gingivitis.16

Another study also added coconut oil pulling to the normal oral hygiene procedures of middle-aged adults with plaque-induced gingivitis. The group that used oil pulling in addition to regular brushing had a significantly greater decline in gingivitis and plaque after six weeks.17

U.K. researchers also conducted a systematic review to look into the effect of oil pulling with coconut oil on oral health, finding that coconut oil pulling worked as well as chlorhexidine mouthwash for plaque score, gingival index score, and bleeding-on-probing.18

The Best Way to Boost Your Vitamin C

If you struggle with bleeding gums, it’s essential to optimize your vitamin C levels. Certain populations, including people who smoke, consume alcohol or have inflammatory bowel disease, may need increased intake of vitamin C, but some research suggests vitamin C deficiency may be more common than realized.

“Interestingly, a population-based cross-sectional study of nearly 150 patients admitted to a large teaching hospital in Canada found that 60 percent of the patients had suboptimal plasma vitamin C levels and 19 percent were deficient, with levels approaching those associated with scurvy,” Patrick noted.19

Fortunately, a wide variety of foods are high in vitamin C, including red pepper, parsley, broccoli, kiwi, strawberries, guava, tomato, and all citrus fruits. You can get significant amounts of vitamin C from your diet if you eat these foods on a daily basis. If you’re deficient or you want to treat illness, vitamin C in supplement form, either liposomal or IV, may be needed.