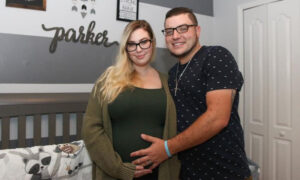 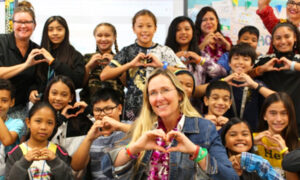 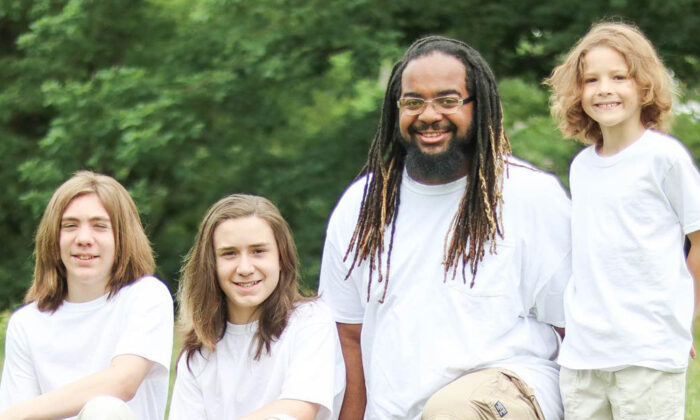 Barry Farmer spent time in the foster care system while growing up and was no stranger to hardship. Having been raised by his grandmother since the age of 4, he credits her for the accomplished adult he turned out to be. And now he is a proud single father of three adopted children.

As a toddler, Barry had been placed in a form of foster care, called “kinship care” in Richmond, Virginia. For years, he lived with different families, as his parents weren’t able to look after him. “I was going from home to home, living with friends of my parents. And that wasn’t stable,” he recalled, according to CBS News.

At 4 years old, his grandmother, Cora, took him in. The stability she offered him while growing up would go on and shape his future. “Becoming a foster parent was like a tribute to my grandmother because I could never pay her back, but I was definitely able to pay it forward,” he explained, according to People.

Barry applied to become a foster parent when he was just 21 years old in 2010. And a year later, he was allocated his second placement, Jaxon, then an 8-year-old boy. And at first, he had some trouble wrapping his head around the cultural difference. “I didn’t know he was supposed to be white, no one at the agency did. I was very surprised he was white, I had never worked with white children,” he said.

The new dad did, however, take the child in, and the father-son bond grew strong, so strong that in 2013, when Jaxon had an opportunity to be adopted, he instead asked Farmer to become his dad for good. “We went through the whole process. In court, we went to the judge and sat there at the table, and I told the judge that I will be responsible for him,” Barry recalled, according to WTVR.

Within a year, the opportunity presented itself to foster a second boy, then-8-year-old Xavier. And a few years later, in 2013, Barry officially adopted him as well.

The family was completed in 2014 when they took in then-4-year-old Jeremiah for temporary respite care. “They welcomed him with open arms, as did I, so we adopted him as well,” Barry recalled.

Finding himself a single dad of three adopted white children while barely having turned 30 is not something Barry could have predicted. “I look in the mirror all the time, and if you would have told me 10 years ago that this would happen, I wouldn’t believe you,” he said. “I wished to be a father, but it wasn’t going to be this soon.”

Barry documents his experiences as a single dad on his personal blog and is a strong advocate for the adoption of older children. He also wrote an account of his compelling story for Love What Matters.

“You can look at older children simply as diamonds in the rough. Even a diamond that’s in the dirt is still a diamond. They just need help, polishing them up, and once you hold them up to the light they’re still the same diamond, they’re just a little more refined now,” he poignantly noted.