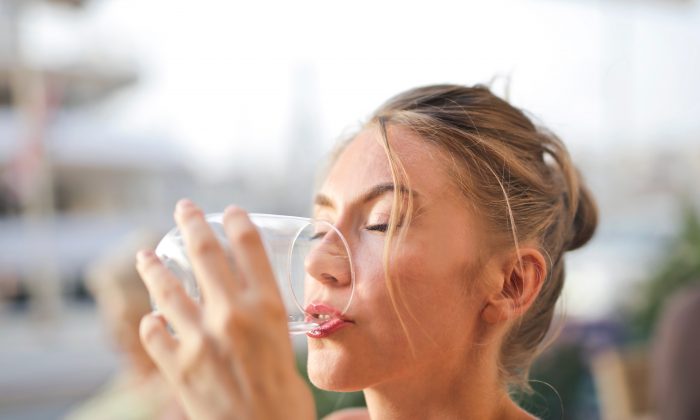 Feeling hungry? Drink up. Staying hydrated can help your body shed pounds and keep you from eating as much. (Pexels)
Lifestyle

Diets come in all shapes and sizes. Some are complicated. Some are very simple.

A diet dependent on your blood type might seem overly complex compared to a diet that just requires you to cut out almost all carbs.

On the other hand, an ultra-low-carb diet might seem incredibly convoluted compared to the grapefruit diet. That diet calls on you to eat grapefruit almost exclusively for a few days or weeks.

However, all of these diets, regardless of their intricacies, are doomed to fail if you aren’t drinking enough water.

That’s according to Dr. Thomas Chi, a urologist at the University of California–San Francisco.

Chi told Business Insider that the biggest mistake any dieter can make is focusing so much on their new eating plan that they neglect their water intake.

“People who are on extreme diets, they tend to have higher levels of salt and less hydration,” Chi said.

These high salt levels may be particularly problematic for meat-rich diets. A lack of water, combined with an increased intake of meat, can lead to complications like kidney stones, Chi says.

Your body, however, has a natural way to tell you that you need hydration: thirst.

“Thirst is our natural bodily alert that we are running low on fluid,” Dr. Niket Sonpal, a New York City internist and gastroenterologist, told Healthline. “You should respond as soon as you can.”

Thirst is easily interpreted as hunger. That pang can lead you to eat a snack when really all you need is a sip of water.

Should water be a part of that plan of action, with just as much emphasis as the foods you eat?

“Yes, it is an important part, not just of weight loss, but also of general good health,” Sonpal says.

Water alone will not be your weight-loss savior, just as any other element of a healthy lifestyle is not solely responsible for weight loss. This includes exercise or healthy foods.

A diet is dependent on a handful of key factors working together.

“On its own, drinking large amounts of water will not be enough to bring about substantial weight loss,” Sonpal says. “But it does help when included into a regimen of nutrition that accounts for a healthy distribution of macronutrients and a diverse consumption of food groups.”

That means water, along with that healthy new diet, just might help you achieve your goals. Ignoring the importance of water could sabotage your diet.

A 2016 study of more than 18,000 middle-aged and older adults found that individuals who drank more water were consistently more satisfied (i.e. not hungry). As a result, they ate fewer calories on a daily basis.

That same study found that people who were steady water drinkers consumed less cholesterol, fat, and salt as part of their daily diet compared to people who were dehydrated or didn’t drink enough water.

“Weight loss isn’t going to occur just because you drink water,” Devin Alexander, celebrity chef and author of “You Can Have It!” told Healthline. “If you drink enough water and your meals are [composed] of fried chicken, mac and cheese, and ribs, you’re never going to lose weight.”

“That being said, drinking enough water is a key component to success,” Alexander added. “It’s very easy to mistake thirst for hunger. I know when I’m not drinking enough, I definitely want to eat more. Also, water legitimately fills you up. So if you drink a lot of water between meals, you’ll likely feel fuller faster.”

A 2010 study found that people who drink water immediately before a meal actually have greater weight-loss success than people who do not drink water. That, the authors suggested, may be because the water has a filling effect and helps people eat less.

Water is also a “freebie” for dieters. In other words, it adds no additional calories, sugar, carbs, or fat to the daily totals, unlike many other drinks including sport or energy drinks.

“[Water] helps substitute other drinks that could be adding unnecessary amounts of sugar and sodium into your diet,” Sonpal says.

How to Put More Water in Your Diet

You don’t have to wait for thirst to tell you it’s time to drink.

Staying hydrated can have many health benefits, from your skin to your brain. It’s smart to sip—and often.

“I carry water everywhere I go,” Alexander says. “I think it’s in everyone’s best interest to find a water bottle you love and attach it to your hip. You’d be surprised how much more likely you are to avoid eating when your body isn’t in need of calories.”

“To anyone who ‘hates’ water, try opting for a fruity decaf iced tea for some of your ‘water’ drinking,” Alexander says. ”But it’s better to drink an herbal iced tea that you love even if you have to spike it with a bit of zero-calorie natural sweetener over not getting enough liquid at all.”

If you can’t remember to drink water, your phone can—or at least it can remind you. “One strategy that I’ve told patients to help them remember to drink a glass of water at various times during the day is to set an alarm on one’s mobile device to go off in one to two hours,” Shah says. “When the alarm rings, it is time to drink a glass of water.” Repeat the process every day until drinking water becomes a habit.

“Remember there are other fluids that keep you hydrated,” Sonpal says. “There is also water in food, namely vegetables and fruit.”

If you feel a pang that suggests you’re hungry, try a glass of water first. Then wait 15 minutes. If you’re still hungry, you’re probably actually hungry. If the water satisfied you, your body was just telling you it needed a sip. Drink some more. Your body will appreciate it.

Drinking enough water is as important to achieving your weight-loss goals as a healthy eating strategy. Water takes a few minutes to actually hydrate your body when you drink, but water quenches your thirst almost immediately.

Sip before you snack to keep your calorie counts down and you’ll be one step closer to your weight-loss goals.

Kimberly Holland is a freelance journalist and editor. This article was originally published on Healthline.com