A visitor from the US: “Culture is the connection to our past” 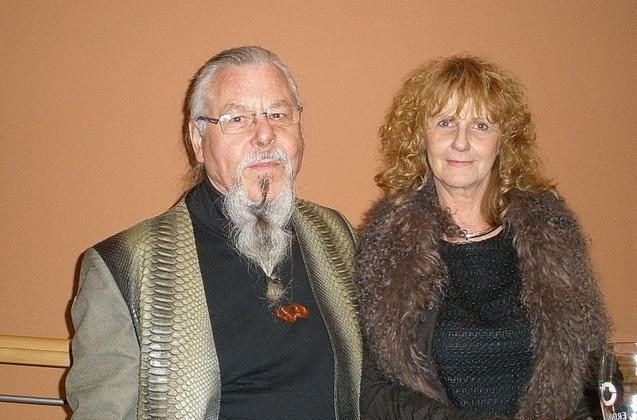 Mr. Manfred Bojar and his companion were stunned by the Shen Yun performance. (Qin Huang/Epoch Times)

BERLIN—Monday’s night performance by the New York-based Shen Yun Performing Arts artists was very well received. Hosting the show was the Stage Theater am Potsdamer Platz, a venue that with its 1,800 seats is the largest theater in Germany. Also worth mentioning is that the theater that opened in 1999 is located where the Berlin Wall once stood.

In the audience was tenor Manfred Bojar, who sings with the Berliner Liedertafel (Berlin’s choral society), and a friend.

Mr. Bojar said during intermission, “I’m stunned. I looked for shortcomings and couldn’t find any.”

He continued, “It is most difficult to comment on the effect of the performance. However, I would say in a few words that the dancers were very graceful, the choreography was astonishing, the colors were marvelous and especially the backdrop that was constantly changing was amazing. Overall, it was mind-boggling.”

Other audience members were Mr. Jorg H. Ahlfanger, senior research fellow for Health and Social Affairs and Integration, Labor, Vocational Training and Women in the Prussian Parliament, and his wife, a social pedagogue.

Mr. Ahlfanger said, “The show was something I had never seen before and what I saw was totally unexpected. It was fascinating with very interesting choreography.”

He was most interested to see the show because of “the interference by China’s embassy in Berlin. I had read an article about it in the newspaper and personally saw that protests in front of KaDeWe, Europe’s largest department store. Actually this was the major reason for me to see the show.”

Shen Yun made him realize that “that there are Chinese living outside of China that are interested in bringing back ancient Chinese culture. Now, we’ve gained a better understanding of China’s history, something we sorely lacked.”

Mr. Wayne Nappier and his wife Karin, who had traveled to Berlin for their 50th anniversary from South Carolina, had missed the show in the United States. They had married in Berlin, where Mr. Nappier was stationed at Checkpoint Charlie.

“The show is phenomenal. We had read about the show while still in the United States in a number of newspapers. Also, everyone who had seen the show thought it to be outstanding. We thought what a pity that we missed it. Now, here we are!” said Mr. Nappier.

He added, “Under a communist dictatorship, one loses one’s culture, yet it is something that made us what we are today. We can’t let that happen because the culture is the connection to our past.”

Ms. Nappier chimed in, “I have hope. The more the Shen Yun artists are traveling throughout the world, the more the hope that everything will end well.”

Having heard about Shen Yun because of the interference by the Chinese Embassy in Berlin, Mr. Bhask Kotian, a member of the Indian Embassy’s press corps decided to see the show.

“The message that Shen Yun represented divine beauty was well understood by the audience. One notices that the show is connected to the temple. Therefore, divine beings are present.”