The erhu “tugs at the heartstrings and lifts one's spirits” 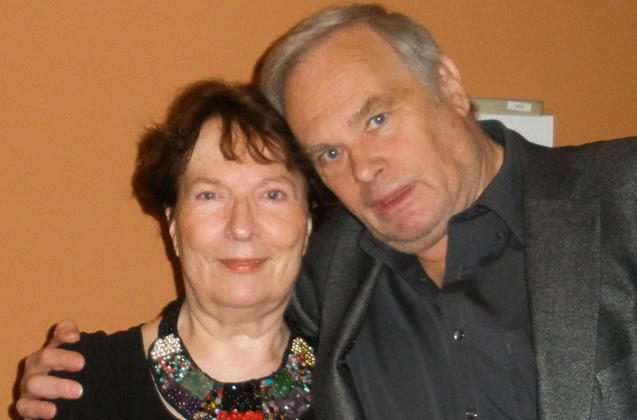 BERLIN—Many from the audience of Wednesday’s sold out Shen Yun Performing Arts closing performance at the Stage Theater am Potsdamer Platz, shared that they enjoyed the show and will certainly tell their friends and acquaintances about it.

The venue with 1,800 seats, one of the largest theaters in Germany, is located in an area where the Berlin Wall stood during the Cold War.

Mr. Armin Wolter and his wife Ms. Adelheid Wolter, both arts dealers who have sold antique Chinese objects, such as jewelry, ornaments, and clothing, for 20 years, were glad that they had bought tickets to see Shen Yun.

Ms. Wolter said “I was very impressed that the old figures from Chinese mythology came to live.”

Her husband chimed in, “We are excited because of what we have seen tonight. Today’s journey began with the emperor from above in his beautiful gown. Then, we saw the Chinese palaces on the backdrop. This helped us immerse into the scene. The arrangement was wonderful.”

Dr. Harald Hantsche is a retired researcher from the German Federal Institute for Materials Research and Testing. He thought the performance was fabulous. “I find it excellent that this show is returning ancient Chinese culture,” he said.

The erhu, a two stringed Chinese violin, elicited a tone “that tugs at the heartstrings and lifts one’s spirits … I could feel the musician’s mood,” he said.

He explained that the show presented him with the message “that there will soon be a new future on this earth, and I find this to be very good.”

Ms. Josefine Sandoval an author and freelance journalist, writing about German culture for a Mexican magazine, hopes to see the performance next year when it returns to Berlin.

However, she said, “I found out that the Shen Yun was also performing in Mexico. Therefore, if I can’t see the show here in Berlin, I will definitely see it in Mexico.”

“The show was like a dream. I didn’t know anything about Chinese culture. I’m truly happy that I was exposed to it,” she said.

Ms. Erika Rude from Leipzig, Germany is a retired ballet dancer: “I’m very impressed with the artistic achievement of this dance ensemble, especially so because I know how much training goes into such a dance performance.”

“It is magnificent that these artists present Chinese history through dance. Most of all, it is significant that everything presented a clear message to the audience. I thank all of the artists for being able to enjoy such a wonderful evening.”