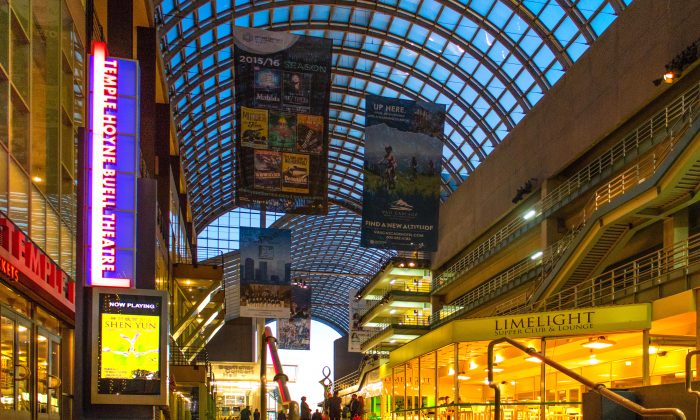 DENVER—Formed 10 years ago, Shen Yun Performing Arts aspired to the lofty mission of bringing back 5,000 years of ancient Chinese civilization.

According to the Fullers, Shen Yun did it through a mix of traditions, and modern technology.

“The people are leaving a tremendous legacy to follow. It was awesome overall,” said Derrick Fuller, senior vice president district manager for Wells Fargo in Denver.

“It was a beautiful show, it really was,” said Mr. Fuller at The Buell Theatre on March 4. Even the lighting was beautiful, according to Mr. Fuller, and so sharp. The performance had used graphics on a digitally animated backdrop to show scenes of the heavens, reinforcing the belief in a higher power in the culture.

It showed “how important it is to keep the culture alive, for the new and young,” Mr. Fuller said.

The ancient Chinese believed in harmony between heaven, earth, and humankind, but the traditional culture was all but destroyed under communist rule.

Mr. Fuller said this was something we should all become aware of, and most people have such little understanding of it. In understanding the past, you understand why people do things the way they do, and that is beautiful, he explained.