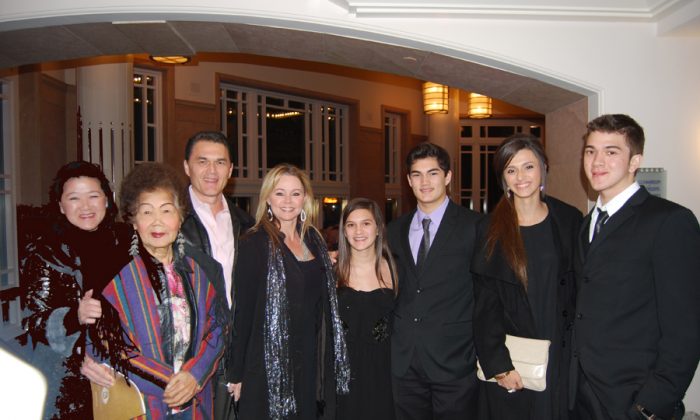 FORT WORTH, Texas—Randall McCauley, CEO of Providence Bank of Texas, and his wife attended Shen Yun Performing Arts when friends gave the couple tickets after having seen it themselves the year before.

“I think the dance has been outstanding. The choreography has been excellent, and the backdrops have been perfection,” Mr. McCauley said at the Bass Performance Hall in Fort Worth, Jan. 5.

New York-based Shen Yun combines state of the art technology, traditional Chinese dance, music blending East and West, and a rainbow of costumes to put on an all-new performance each year, reviving 5,000 years of Chinese civilization.

Every aspect impressed the couple, who enjoyed that it was a true cultural experience beyond the spectacle.

Also in attendance Sunday evening was Mr. Michael Bailey in a party of eight. Mr. Bailey, who is of Asian descent, said he had very much wanted to bring his mother to see the traditional culture as presented by Shen Yun.

Mr. Bailey said he hadn’t realized the extent to which the traditional culture of China has been oppressed under the current regime, and was proud of Shen Yun’s effort to pass it on to future generations, around the world.

“I think that traditional art should be passed on to future generations. Otherwise it’ll be lost,” Mr. Bailey said.