Ballerina ‘Blown Away’ by Shen Yun 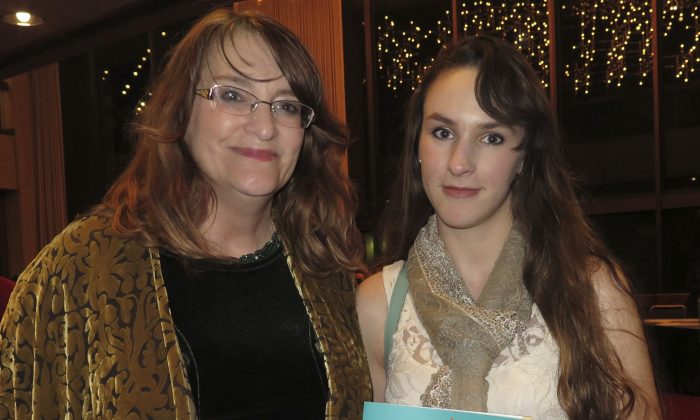 SACRAMENTO, Calif.—Mother and daughter Paula and Katie Ibsen were overjoyed at the power of traditional Chinese dance and music, as delivered by Shen Yun Performing Arts World Company. The pair saw the performance on Wednesday, Jan. 14 at the Sacramento Community Center Theater.

“The form, just how every single movement was perfect, that’s what I really enjoyed. Every time they did a really complicated movement, I was blown away, as it was perfect,” said Katie.

One of Katie’s favorite hobbies is dancing—specifically ballet dancing. Her mother, Paula Ibsen is a consultant with veterinary drugs and animal healthcare.

“Oh, I liked it very much” said Paula. “Every motion on stage had a reason, and the movement itself had grace and was performed precisely.”

According to the Shen Yun website, “Even though many of these poses might look very simple, they actually require the perfect coordination of every part of the body. For example, the movement and rotation of the trunk, the direction of the gaze, the placement of the fingers, and so on, all require accuracy and coordination.”

Combined with the masterfully honed movements of their own bodies, prop materials and costumes also act as an extension of the dancers. Katie said, “The materials that they use, the way that they flowed on stage and the use of different types of materials for different types of dances gave it an extra element that left an impression on me.”

That extra depth that props bring is one element that make each year’s performance special. The Shen Yun website describes how “Fluttering fans bloom like the petals of a delicate flower. Umbrellas twirl in refreshing drizzle. An embroidery hoop seamlessly accents a lady’s feminine grace. A well-bound book marks the learned scholar. When used to maximum effect, they add to the dances an extra lively spark, forming stunning images of beauty and splendor onstage.”