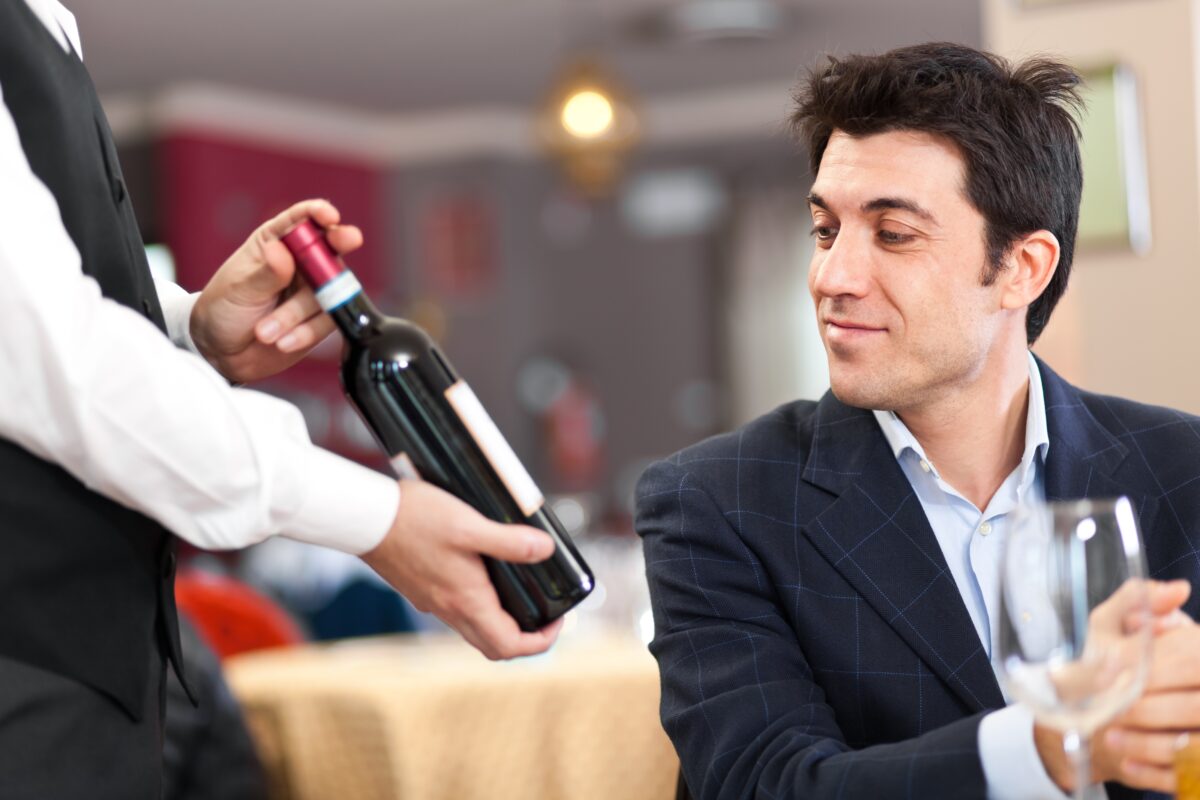 Bait-and-switch tactics are frequently the subject of stories about all kinds of image-based consumer goods, including wine. (Minerva Studio/Shutterstock)
Food

Don’t Fall for the Bait and Switch

Sometimes it’s simply just a mistake, but it seems always to backfire against the consumer.

And sometimes it is a nefarious strategy intended to put one over on unsuspecting diners, almost always with the intent of making a lot of money.

It’s about wine “bait and switch” in restaurants.

This column is not aimed at casting suspicion on all restaurant owners or to imply that many are simply highway robbers who figure that the likelihood of being caught is very slim.

And besides, what they’re doing isn’t exactly against the law. It’s simply unethical and could lead a savvy diner who discovers the tactic to decide never to visit the establishment again.

Bait and switch is the conscious act of putting something up for sale that appears to be valuable and replacing it with something that has none of the original intended value, but which is priced to indicate that it’s authentic.

Sort of like a street vendor selling an “Onega” watch for $30.

Obviously, the more you know about wine, the more you are likely to avoid such situations. But when you’re dining in a good restaurant, you’re hoping to have a good time and the last thing that crosses your mind is that chicanery may be afoot that requires action on your part.

Most people accept the insult rather than dispute the charge.

For the purpose of this article, I won’t use real names, but some of the most iconic wine brands in the world are often involved.

A very visible Napa Valley cabernet producer whose wines usually sell for $80 a bottle and up has frequently been seen on restaurant wine lists at about $60 to $90 a bottle.

Savvy wine buyers easily see this as a scam because restaurant prices are almost always higher than their retail prices, and $60 to $80 almost never refers to the Napa producer’s “Napa” wine. The restaurant clearly is serving one of the Napa winery’s “lifestyle” cabernets, with a suggested retail price of well under $25 per bottle.

Which would be evident to the purchaser once the bottle is brought to the table unopened and the waiter shows the diner the label—to be certain this is the wine he or she ordered.

In most cases, unsophisticated buyers will nod approval perfunctorily, not noticing that the region from which the grapes came is “California,” and not “Napa Valley.”

But even when the “wrong” wine arrives to the table, another issue arises: having to send it back, request the wine list one more time, make another selection, and wait for that new bottle to arrive.

This is time-consuming, and meanwhile, the food might have already arrived with no wine on the table. It has happened to me many times.

Bait-and-switch tactics are frequently the subject of stories about all kinds of image-based consumer goods. It is one good reason to shop in wine retail stores where you can actually pick up bottles, look at the back label, and assess the condition of the liquid (is it right up to the cork level or has evaporation occurred?) and the cork.

One final idea: When ordering a wine by the glass, I always ask to see the bottle from which it came. I can’t tell you the number of times the bottle differed from what the waitstaff had told me the wine would be.