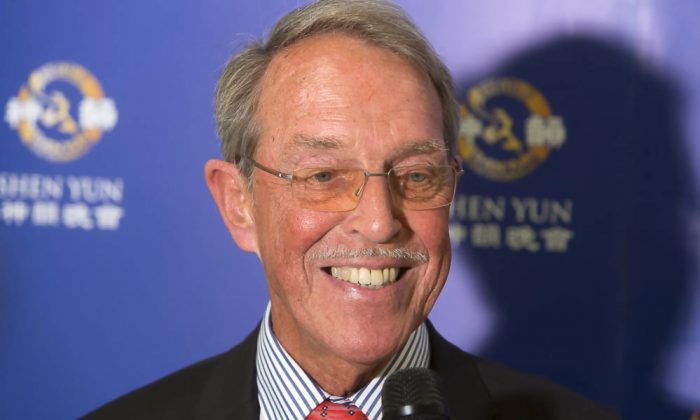 According to Shen Yun’s website, the company “presents colorful and exhilarating performances of classical Chinese dance and music. A performance by Shen Yun is a presentation of traditional Chinese culture as it once was: a study in grace, wisdom, and the virtues distilled from the five millennia of Chinese civilization.”

Ms. Karina Henkel, a dancer, said that the show was unique because of its diversity and that “it was a show for young and old that uplifted the spirit of the people in the audience.”

She had the impression that “the dancers flew over the stage like butterflies, and it truly looked effortless.”

Mr. Wolfgang Krappe, a trustee and owner of an asset management firm, saw Shen Yun for the first time and was surprised by the “diversity of the show and the charisma of the performers.” He will recommend the show to his friends and say, “The show is a mixture of entertainment, joy, and inspiration.”

Dr. Friedemann Hahn, an online-editor for MediClin GmBH & Co., said he enjoyed the Shen Yun performance because it moved so fast from one scene to another. He saw the performance as “an excellent opportunity that will eventually lead to success of the performers’ mission.” “Also, it opens the door for Europeans and guides them to understand a foreign environment,” he said.

Mr. John van Rantweijk, owner of a real estate firm, saw a Shen Yun promotional video at a department store and after contacting friends, ordered 12 tickets. He was amazed by the performance and said, “It is hard to imagine that there existed such an advanced culture 5,000 years ago.”