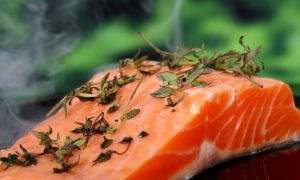 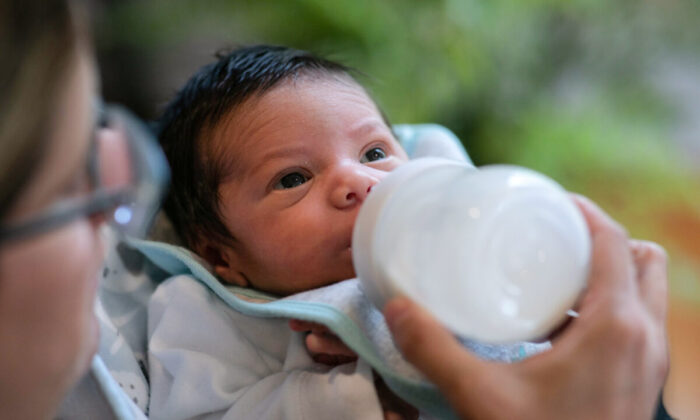 Babies Could Have at Least 10 Times More Microplastics in Their Bodies Than Adults: Study

Babies could have at least 10 times more microplastics in their bodies than adults, according to a recent study published in the American Chemical Society.

The research, titled “Occurrence of Polyethylene Terephthalate and Polycarbonate Microplastics in Infant and Adult Feces,” was published on Sept. 22 and aimed to shed light on the magnitude of exposure humans have to microplastics (MPs).

Microplastics are plastic particles composed of mixtures of polymers and functional additives that measure less than 5 millimeters in size.

Many MPs have been unintentionally released into the environment after breaking away from bigger plastic objects, however, they are also deliberately manufactured and added into products such as exfoliating facial scrubs.

They are used in a variety of industries, from cosmetics to washing products, and pose a threat to the environment because they do not easily biodegrade. Researchers have discovered microplastics in seas, dust, rainwater and food and drinking water, and as a result, in human feces.

In the latest study, researchers looked at the concentrations of polyethylene terephthalate (PET), which is widely used for packaging foods and beverages as well as making clothing, and polycarbonate (PC) used to make plastic toys among other things, among adults and infants.

Researchers analysed stool samples to find concentrations of the microplastics in three meconium—the earliest stool that fills the baby’s intestines before birth—and six infant and 10 adult feces samples that were collected from New York State.

Both PET and PC MPs were found in some meconium samples, and all infant stool samples, as well as in most adult samples but at much lower concentrations than those of infants.

“We found significant differences in the patterns of two types of microplastics between infant and adult feces,” the researchers wrote in their paper.

On average, researchers found that the infant feces contained over 10 times more PET than adult feces. However, they noted that the sample size was too small to conclusively establish the reasoning behind the substantial difference between the two.

Researchers believe higher MPs found in infants might be attributed to their use of chewable toys such as dummies, sippy cups, and other plastic toys and utensils, which are considered safer for babies than glass, as they are difficult to break.

“One-year-old infants are known to frequently mouth plastic products and clothing. In addition, studies have shown that infant formula prepared in PP bottles can release millions of microplastics, and many processed baby foods are packaged in plastic containers that constitute another source of exposure in one-year-old infants,” the researchers wrote.

The authors also noted that babies crawl around on carpets that typically contain transferable microplastics.

“Furthermore, textiles are a source of PET microplastics. Infants often chew and suck cloths, and therefore, exposure of this age group to microplastics present in textiles is a greater concern.”

“Our data provide baseline evidence for microplastic exposure doses in infants and adults and support the need for further studies with a larger sample size to corroborate and extend our findings,” the researchers added.

Last year, a study by scientists at Duke University found that fish exposed to high levels of microplastic fibers increases egg production in female fish, signalling that the chemicals may disrupt the endocrine, or hormonal, system.