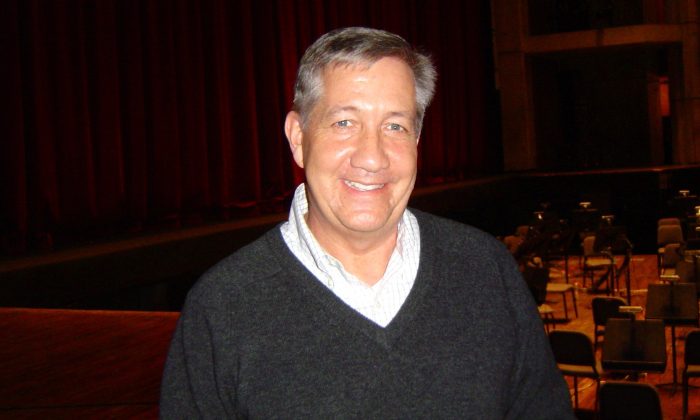 SYRACUSE, NY—When Shen Yun Performing Arts is on stage—as they were on Jan. 30 at The Oncenter Crouse Hinds Theater in Syracuse—chances are the audience is going to be moved by the performance.

That was the case for theater-goer Charlie Benjamin, who took in the Syracuse performance.

“It was a beautiful show,” said Mr. Benjamin, who is president of the Near East Foundation.

“The costumes were beautiful, the dancing was phenomenal, the music was beautiful and moving. It was really a spectacular show!”

Shen Yun, renowned for its classical Chinese dance, has been wowing audiences all over the world since 2006. According to its website, the New York-based company is bringing back the once-divine culture that was China’s to theater-goers everywhere—except in China itself.

Through music and dance Shen Yun takes its viewers on a journey through 5,000 years of heavenly realms, ancient legends, and heroic tales that made up that rich culture—a culture that’s been lost over the last half-century of communist rule in China.

The dancing in particular—classical Chinese dance—is what Shen Yun is really known for. It’s rigorous—with difficult aerial and tumbling techniques like flips, spins, and leaps—yet also richly expressive, which allows for storytelling through the dancers’ movements.

Meanwhile, the dancing is accompanied by Shen Yun’s unique orchestra, which blends both Eastern and Western music, together with an animated backdrop to make one incredible performance that audiences everywhere have lauded.