Audience in Bruges Finds Solace in Art of Shen Yun 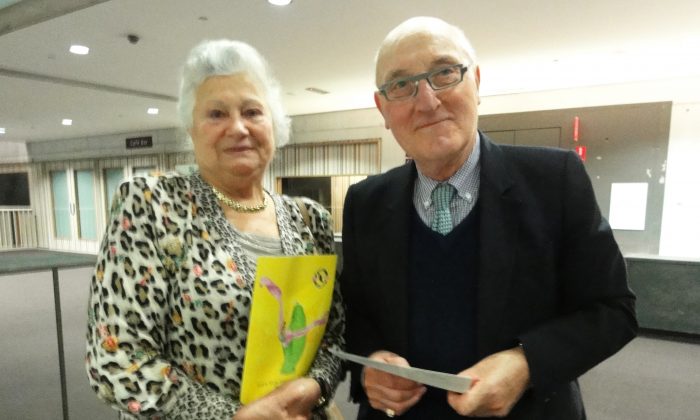 BRUGES, Belgium—An act of terror had struck the Belgium capital, shutting down transportation and clearing the streets. But that did not stop people from traveling to Bruges to fill the seats of the Concertgebouw for a night of classical art meant to uplift and inspire.

Mrs. Antonie Janssens and Mr. Etienne de Bruyn, in their 80s, had come all the way from Aalst to Kortrijik to buy tickets from someone who could no longer attend, and then an hour back to Bruges. It was a difficult trip without trains, so they took a taxi.

With tears in her eyes, Mrs. Janssens explained that she just had to see it. It had touched her deeply, emotionally, and gave her great satisfaction.

Mr. de Bruyn, a retired cartographer, said Mrs. Janssens is very interested in classical music, and attends many operas all over. She spent 25 years studying music history. “Classical music is always her way to keep going in life.”

The music of Shen Yun, played by an orchestra harmonizing traditional Chinese instruments with Western ones, helped her carry on.

“I had to cry, honestly, so beautiful. The music, the singing, I can not tell … how beautiful it was,” said Mrs. Janssens, who was having trouble composing herself.

There was a solo of the two-stringed erhu (a traditional Chinese instrument) as well, with a sound that went through her whole body—“incisively.”

The couple said they had no words for the true effect of Shen Yun—a revival of the traditional Chinese culture, as the program describes it—because what it showed was so vast.

“It’s life in brief. They make it come alive in this way” through dance on stage, Mr. de Bruyn said.

The most touching part for Mrs. Janssens was the finale, where the audience was brought to the modern day from after having begun the evening 5,000 years ago, at the beginning of the Celestial Empire.

In this dance, a group of adherents of the spiritual practice Falun Gong, which teaches truthfulness, compassion, and tolerance, come under attack by the Chinese Communist Party. It is a real story common in China today. But, steadfast in their faith, a divine miracle occurs.

“That’s when the tears started to come,” Mrs. Janssens said.

Mr. de Bruyn, moved as well, had whispered to her during the dance, “Look, … that’s how it [life] is supposed to be.”

“It is actually art, it is definitely art,” Mrs. Janssens said.