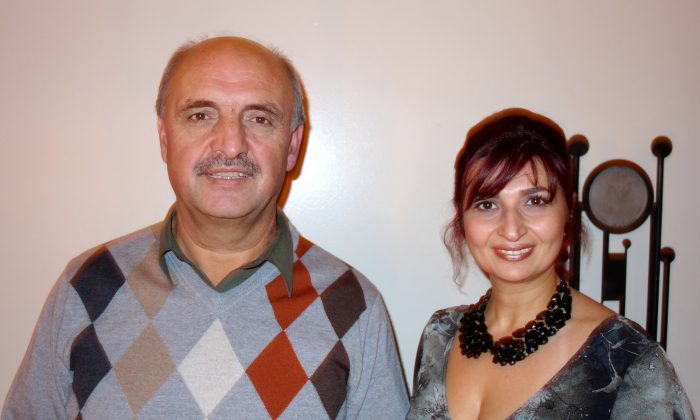 “It was a very magical show,” said André Labelle, director of IT and Procurement at Ubisoft, the Montreal-based video game studio responsible for developing games in the “Prince of Persia” and “Assassin’s Creed series,” and the “Tom Clancy” franchise.

Mr. Labelle, who brought his whole family to the show, was particularly impressed by the music.

Shen Yun features a unique orchestra that combines Eastern and Western instruments in a fusion that expresses the grandeur of a Western orchestra and the distinct sensibilities of China’s 5,000-year-old civilization.

“It was absolutely beautiful,” Mr. Labelle said. The two-string instrument, known as the Chinese violin, is known for its ability to convey a wide range of emotions.

Husband and wife real estate brokers Zaineb Ridha and Wagih Succar were also thrilled to experience traditional Chinese culture on Thursday and said they couldn’t wait to recommend it to friends.

“Many people are waiting for me to [tell them about the show], and I’m going to tell them to just go ahead and see it,” said Ms. Ridha.

“It was amazing,” added Mr. Succar.

Ms. Ridha, originally from Iraq, was fascinated by the rich Chinese culture portrayed in Shen Yun, describing it as “completely different” from anything she had experienced before.

The mythical demi-god Ne Zha had an unusual birth as a meatball, but quickly grew into a boy that saved his village from the evil Dragon King.

“It’s been fantastic, I really enjoyed all the colours and the beautiful music. It’s been very educational in terms of the history,” Dr. Beaule said.

“I thought that was nice because each time the curtain went up, there was a sort of surprise: ‘what comes next, what story will be told?’ I thought the diversity was neat, very entertaining,” he said

Shen Yun is two and half hours of music and dance that takes audiences on a journey through 5,000 years of Chinese culture. With 20 individual performances, it weaves a tapestry of heavenly realms, ancient legends, and modern heroic tales.

Reporting by Donna He, NTD Television, and Rahul Vaidyanath