Attorney Says Shen Yun Dancers ‘Move as Though They are One’ 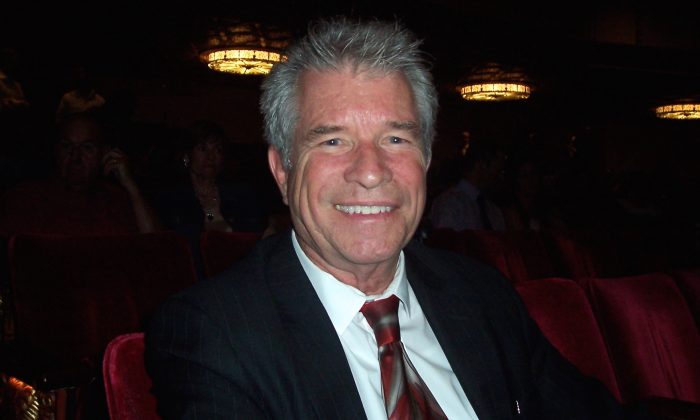 PHOENIX, Ariz.—”I would recommend this to anybody. I had high expectations, and they’ve met those expectations,” said Marshall Whitehead, an immigration attorney.

“The moves that they’re doing are very difficult,” he said. “The whole group of twenty or thirty dancers moves as though they were one, which is very difficult to do in dance.”

“It’s quite artistic. I love it,” Mr. Whitehead said.

The company website explains: “Whether set in the past or in contemporary China, every dance embodies traditional Chinese values. Ideals of loyalty, filial piety, and veneration for the divine are cherished and celebrated. Heroes are extolled for their compassion and tolerance as much as their courage or determination when facing adversity.”

“I like the way they’re presenting it because they’re looking at different aspects of Chinese life, and Chinese culture, Chinese history, and putting it in the form of dance. It’s quite amazing,” he said.

Chinese culture is deeply steeped in spirituality. With Confucianism, Buddhism, and Taoism forming the bedrock of China’s civilization, a rich system of values has been generated.

Mr. Whitehead relished that the stories in the dances highlighted how humans relate spiritually to the rest of the world.

“I think a lot has to do with passion, compassion, balance, equality, things of this nature, and I think it’s all reflective in their dance,” he said.

He thought the dance themes brought an understanding of how the Shen Yun dancers live their lives and how life should be lived.

“I think that’s what a lot of their spirituality is all about. Just being in a balanced state with the world,” he added.

While classical Chinese dance is the primary dance style seen in Shen Yun, ethnic and folk dances are sprinkled throughout, and they add richness, flavor, and reflect the diversity within China.

“It’s a nice way of looking at China’s history, in (the) various parts of China,” he said.

‘I was in Another Dimension’

Valentine’s Day also brought Andre Simon, a former professor of applied linguistics, to see Shen Yun Performing Arts. It was his second time seeing Shen Yun, and it might just become a habit for him!

He felt himself transported by Shen Yun’s performance.

“It’s more than a show,” he said, “because I think it is the closet human beings can come to create this beautiful harmony inspired by a higher level of consciousness.”

Mr. Simon continued, “I’m very happy because I was in another dimension.”

“When you are here, you are absolutely outside what I would call the ‘profane society,'” he explained.

“You are at a higher-inspired level that creates this harmony and beauty, … [I’m] extremely happy to be here for the second time,” he added.

Mr. Simon cherished the myths, legends, and modern stories of courage that Shen Yun brings to life on stage.

He said they were “absolutely fantastic, inspiring stories.”

‘I Actually Started to Shed a Tear’

Dominic Pangborn was in the audience watching Shen Yun with his girlfriend. He particularly enjoyed the three vocal soloists, who sing using the bel canto technique.

“I actually started to shed a tear because it was very beautiful—the way they were singing—and it hit my heart very deeply,” he said.

As the vocalists sang, the lyrics were presented in both Chinese and English on the digital, state-of-the-art backdrop.

Shen Yun’s website explains the lyrics: “Brimming with philosophical reflection about human life and containing deep layers of meaning, the texts go beyond the boundaries of nation, race, and culture, and have been fondly received and appreciated the world over.”