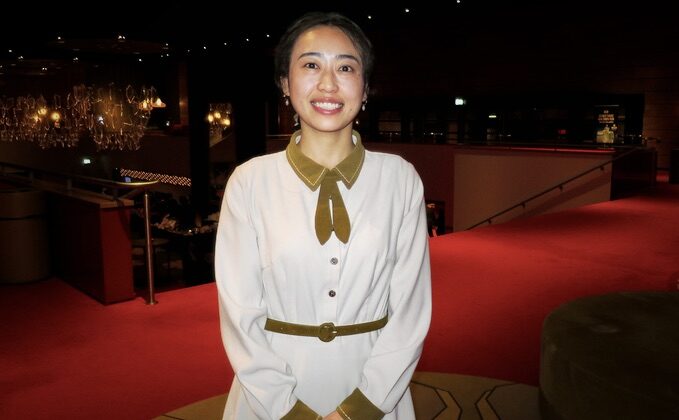 “I was shocked deeply. No words can describe how shocked I felt. It’s incredibly exciting and inspiring,” said Ms. Liu Yanzhe, a Ph.D. student who has studied in the Netherlands for over two years. “I was born and grew up in China, an environment without freedom and beliefs. I felt I’m the luckiest one [who can attend Shen Yun].”

New York-based Shen Yun is the world’s top classical Chinese dance company and has a mission to show the beauty and goodness of “China before communism.” For 5,000 years China’s civilization was built on values and virtues from the spiritual teachings of Buddhism, Taoism, and Confucianism.

“When the show started, the scene on stage was like a big universe where many people came down from heaven,” Ms. Liu said. “I started to cry at that moment. I don’t know the reason. I just felt that that the heaven is my home, and I want to go back.”

She said she was touched deeper and deeper with each program as the performance went on.

I had very high expectations. However, the show is much higher than my expectations. Every program is beyond my imagination.
— Liu Yanzhe

“Actually, I had very high expectations. However, the show is much higher than my expectations. Every program is beyond my imagination. They are super wonderful,” she said.

After attending the show, Ms. Liu concluded: “There are divine beings in the universe. I believe in this.”

The Communist Party teaches Chinese people atheism and to abandon traditional values, forcing the opposite of traditional Chinese culture onto the people. In the past 5,000 years before communism, Chinese people believed in virtues like loyalty, propriety, wisdom, justice, and benevolence—values that are universal and shared the world over.

Ms. Liu was amazed that Shen Yun delivered rich information via its dances, music, and songs.

“Shen Yun showed me that we can communicate and express emotions via dances. During those moments, there was no room for words,” she said. “[I realized that] we need to know the language if we communicate with words. But everybody can feel, see, and listen to us if we use music or dance to deliver messages.”

Ms. Liu then explained what she understood from the dances, and listed the values she learned, such as people should do good deeds without asking for any return, people should be loyal and follow moral codes, and people should be brave and take responsibility.

“I felt Shen Yun is very meaningful. It’s important to everyone,” she said. “I felt that everybody came to the world with a mission. No matter whether we know this or not, we should be kind. This is very important.”

Wishing ‘Everybody Can Attend Shen Yun’

Ms. Liu said she was proud to be Chinese when she saw the rich traditional Chinese values that Shen Yun presented. At the same time, she felt that these values could help people examine their own values, leading to people of greater character, which can only result in a more beautiful world.

“I wish Shen Yun can present all around the world, that everybody can attend Shen Yun,” she said. “I feel sad that only a few Chinese people know traditional Chinese culture. A lot of Chinese don’t want to know it because of the education [by the Communist Party].”

Ms. Liu said that she doesn’t practice any religion, but she knows that what Shen Yun presented is good.

“We need to listen, watch, and feel the things before we judge them. Now I experienced these [the messages that Shen Yun delivers] are true values. I will tell my relatives what I experienced … I want to wake them up, to cherish the tradition and cultures,” she said.