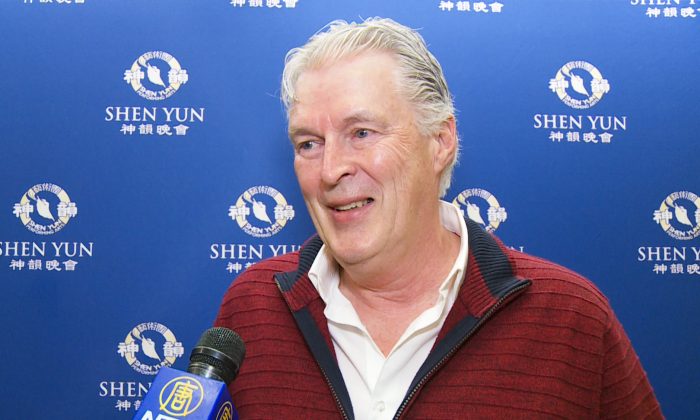 “[Shen Yun] was fabulous. We had a chance to see the show in Boston last year so as soon as it came available we decided to get tickets up front so that was nice.”

“I think there is an important message, … the nature of the persecution, of the difficulties with the [communist] government in China.”

“I see several of my colleagues from my university here, we teach about global issues and I was thinking about how nice this would be for young people to get a nice impression of performance abilities but also the message behind—deep cultural knowledge and cultural thought—it’s quite wonderful.”

“[The value of Shen Yun] is not the simplicity of here and now, it’s the reflective meditation, the idea of how one lives one’s life with purpose and value which I think is important.”

“I feel [Shen Yun] will have a significant impact on the community here. Thank you so much.”