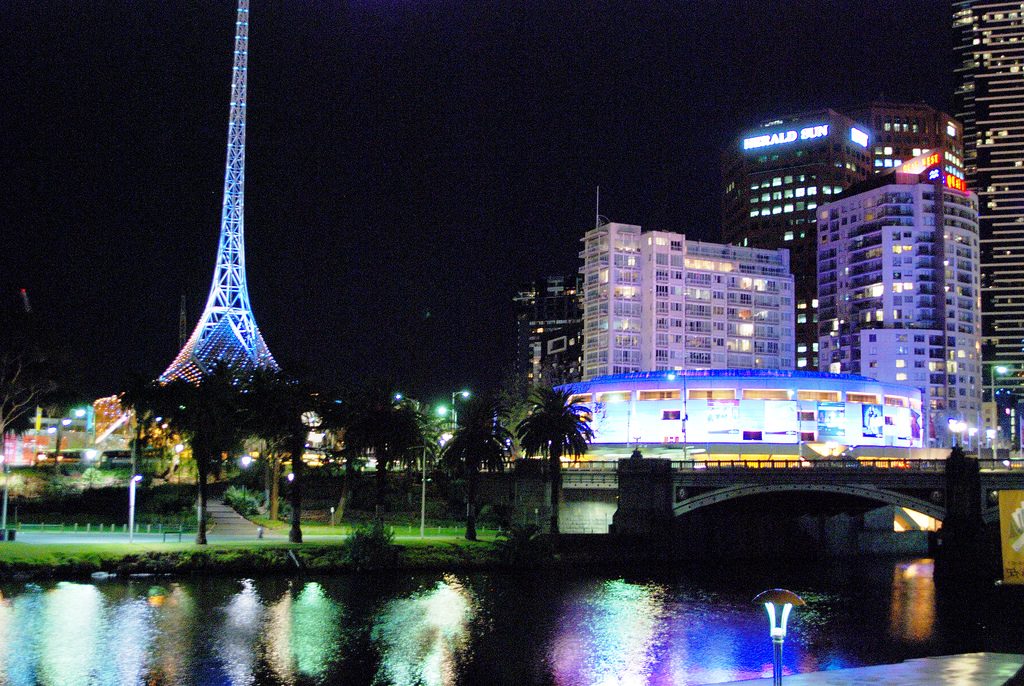 Melbourne’s iconic Arts Centre which has a 168 metre spire that looks like the Eiffel Tower. (Win Naing/Epoch Times)
Shen Yun

MELBOURNE, Australia—Shen Yun Performing Arts International Company touched down in Melbourne, Australia, Wednesday March 26, ready for the first of 32 performances in seven cities across Australia and New Zealand from March 27 to May 4.

Opening on Thursday evening there will be five performances at the Arts Centre’s State Theatre. With over 2000 seats and one of the largest stages in the world, the State Theatre is the perfect setting for the world’s premier classical Chinese dance company, Shen Yun, to perform.

With four touring companies this year, the New York based Shen Yun Performing Arts will be performing in over 100 cities across five continents. The Shen Yun International Company started its 2014 World Tour in Atlanta, receiving high praise and standing ovations in Unites States, Canada, South Korea, Japan and Taiwan before arriving in Australia.

Ms. Zhang Tiejun, director of the Shen Yun International Company said, “we just finished performing in Taiwan. All 37 of our shows were very successful in that all tickets were completely sold out. We are thrilled to arrive in Australia today. The scenery in Australia is so beautiful; blue skies and white clouds, we’re all delighted to be here.”

Shen Yun was formed in 2006 by a group of leading classical Chinese artists in New York with one wish “to revive the true, divinely inspired culture of China and share it with the world.”

Recruiting the best dancers from all over the world, some of the Shen Yun dancers are very happy to be home in Australia and wish that many Australians have the opportunity to see their performance.

Rachael Bastick, principal dancer and soprano, said: “I’m from Toowoomba, Queensland. It’s been six years since I was last in Australia, and I’m really happy to be back. I have lots of friends back in my small town, hopefully they can go watch the show at the Gold Coast.”

Wu Kunjing, originally from Sydney, is a Shen Yun dancer on his first world tour. He said, “this is my first time to perform in Australia and I’m really excited. I hope everyone can come watch this wonderful show. In Taiwan we faced a full house for every performance.”

Melbourne is very proud to be named the world’s most liveable city three years in a row according to the 2013 Economist Intelligence Unit’s (EIU) Global Livability Survey. It is also often referred to as Arts capital of Australia.

With street art that surrounds you, quaint arcades offering multicultural fare and an expresso on every corner, art galleries and theatres abound and a sporting stadium you can fit a city in, Melbourne is the last city in Australia with a tram network that forms an extensive part of the public transport system.

The jewel in the crown is Melbourne’s iconic Arts Centre which has a 168 metre spire that looks like the Eiffel Tower and an amazing ceiling which is decorated with 75,000 tiny brass domes.