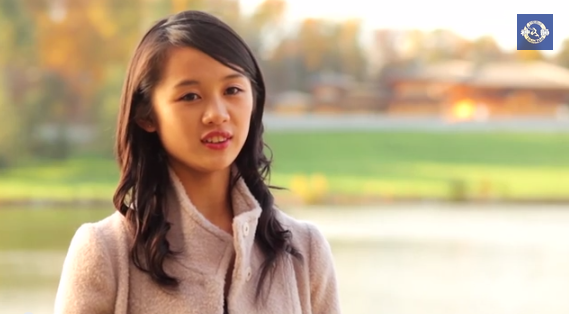 A screenshot of Angelia Wang's interview on Youtube.
Shen Yun

Angelia Wang began the focused study of dance at the age of eleven, and went on to study at Fei Tian Academy of the Arts. She has since performed with Shen Yun Performing Arts on its global tour and in its Holiday Wonders production. In 2008, Ms. Wang was awarded the bronze medal in her division at NTDTV’s Chinese Classical Dance Competition, and in 2009 and 2010 won the event’s gold medal.