A life woven together by silk 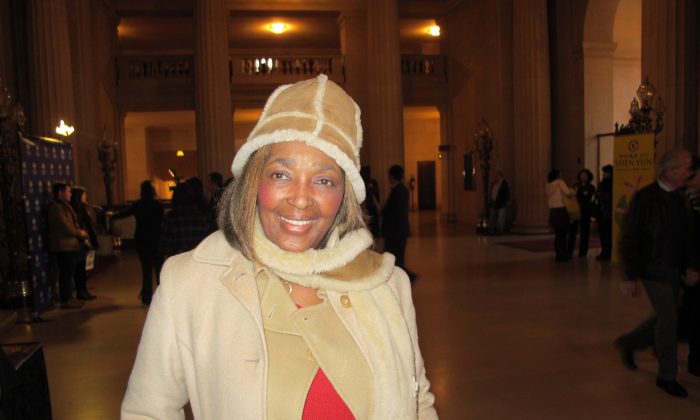 SAN FRANCISCO—Silk. That most delicate of fibers played a pivotal role in ancient Chinese imperial vestment. Whether it was a lady of the court, royal princesses, or the Emperor himself, many were cloaked in this sumptuous thread.

Silk then naturally makes its appearance as one embellishment in the original designs that adorn Shen Yun costumes, including the colorful silk ribbon belts. This regal thread weaves a finishing touch onto select hand-made garments ornamenting dancers who assume the role of fabled characters in ancient imperial dynasties and celestial realms, bringing to life 5,000 years of Chinese history on stage.

According to an ancient legend, it was the wife of the mythological Yellow Emperor, Huangdi, the Empress Leizu, who taught the Chinese people the art of silk production and weaving. Silk became one of China’s chief exports in the Han dynasty. (Encyclopedia Britannica 2016, online)

Silk is also an essential element in Charlotte Collier’s career, being an artist whose forte happens to be watercolor on silk. Ms. Collier attended the Wednesday afternoon performance of Shen Yun at the San Francisco War Memorial Opera House among a sea of other admirers.

Watercolor painting on silk evolved from the use of silk for calligraphy and requires a steady hand and calm mind since the pigment spreads rapidly across the surface. A calm mind is something which Ms. Collier has in spades and found in the performance as well.

“It was just really beautiful and the message as well, the spirituality of it was really nice; it really touched my heart because that’s what I said, the first of the year, I wanted to increase my spirituality and this really has a wonderful message about the country, the people—absolutely fantastic,” she said.

Having a grounding in spirituality has helped Ms. Collier, who also enjoys meditation, maintain a peacefulness in her life, and has shifted the focus to thinking of others.

“It’s all about giving, giving back to people; create a goodness and the goodness in you is reflected out,” she said.

The spiritual themes resonated deeply with Ms. Collier who went on to elucidate her view of the temporal nature of human life.

“To me, we are all after the same end as far as we are coming to the world,” she reflected. “This is where we came from and we’re here for a while, but then we want to get back there, want to get back to that peacefulness.”

Looking inwardly, maintaining a level of moral fortitude, and a belief in the divine served as the bedrock of ancient Chinese culture wherein the ancients believed prosperity and stability for the people and the empire derived from a respect for the heavens.

Ms. Collier was moved to introspection on her own life after the performance.

“The silence when you go within, the silence is calming; it’s very peaceful. This is where I came from; it did not come from chaos from the outside of your life … all of this externalness; you should be going within and knowing that this is where you came from, this peaceful place,” she said.