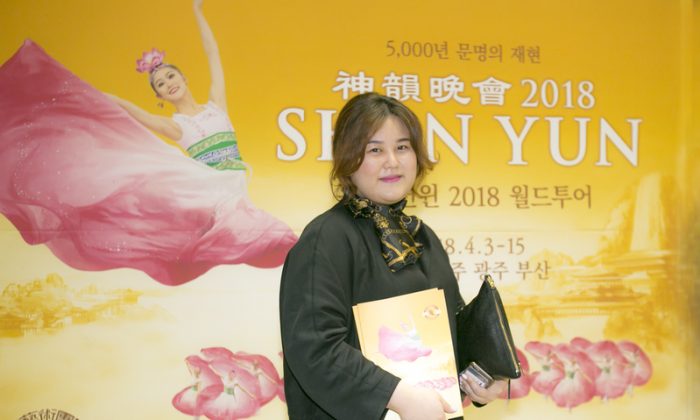 “When I was studying in France, I often saw posters of Shen Yun. I remember seeing a giant poster at a train station. But I was always too busy. I regret not having seen it before. Now I am back in [South Korea], I finally got to see it.”

“The incorporation of the [digital] backdrop was a huge surprise to me. It was not what I had expected. But the performance on stage and the [backdrop] worked seamlessly. It was great.”

“I enjoyed the ethnic dances—the Hmong dance and the Mongolian chopsticks dance.”

“The colors were magnificent and I was also very attracted to the music.”

“During the intermission, I texted a Chinese friend of mine, who is a student currently studying in South Korea. I told her that she must come to see Shen Yun … and she would be able to see the world with a new perspective.”