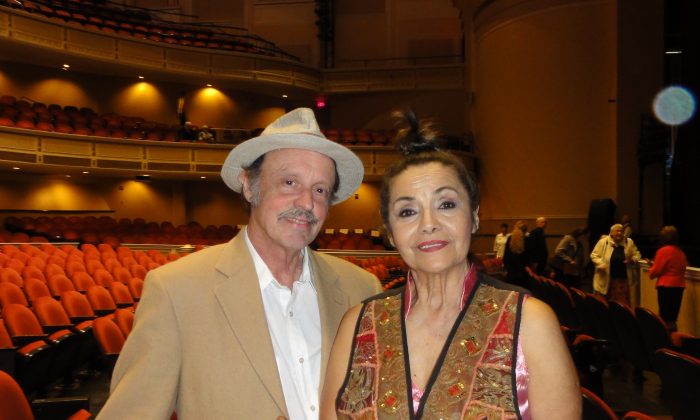 James Boland and Alexandra Mendoca attended Shen Yun's matinée performance at the Merrill Auditorium in Portland, Maine, on May 6, 2018. Ms. Mendoca, an artist and former model, said: “Everything was beautiful. It was like being in heaven, almost.” (Sophia Zheng/The Epoch Times)

“[Shen Yun] was a magnificent show, and I was very happy to see the concept of spirituality reintroduced into a world that’s basically becoming too materialistic. It was done in a beautiful, aesthetic way and it’s a 12 out of 10 as far as the aesthetics.”

“I like the way they incorporated the background and the video [animated digital backdrop]. It was spectacular.”

“People will walk out of here more spiritually, with more direction in their life.”

“The aesthetics communicated very directly. It was beautiful. If you don’t get any symbolism at all, you’re going to get the beauty and the aesthetics, but if you’re also into spirituality, you’ll get it.”