Armenian College President Says Shen Yun Is ‘Out of this world’ 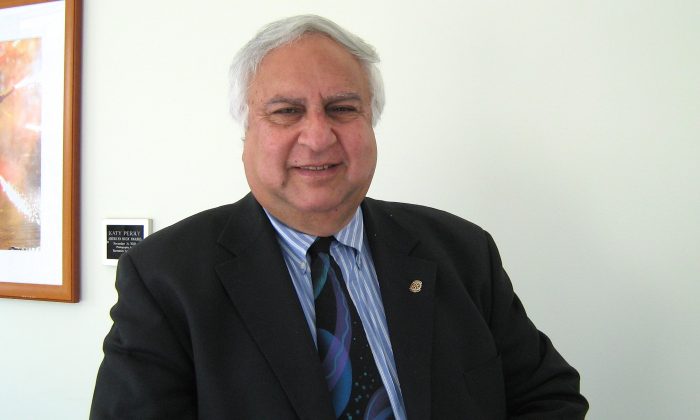 According to its website, “Through the universal language of music and dance, Shen Yun weaves a wondrous tapestry of heavenly realms, ancient legends, and modern heroic tales, taking you on a journey through 5,000 years of Chinese culture.”

Dr. Der-Yeghian said that the performance was “out of this world. It’s exceptionally superb.”

“It presents to us a culture that has a lot of history, and they’re really just cultural ambassadors of China. It’s exciting, it’s very entertaining and there’s a lot of culture and history combined.”

When asked how he enjoyed the dancing, he said “It’s extraordinary, especially the costumes, and the techniques.”

Dr. Der-Yeghian, was particularly pleased when he learned of a fellow countryman in the orchestra. “It’s very good, because I was pleasantly surprised to see a compatriot, an Armenian, who is the violinist.”

“I would encourage my friends to come along,” he said. “A double plus!”