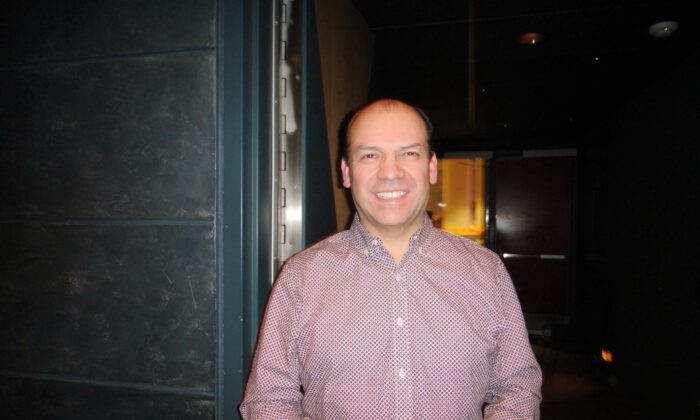 MISSISSAUGA, Canada—Grand palaces, temples, and landscapes in the sky: these are just a few of the scenes architect Patrick Saavedra was treated to during a performance by Shen Yun Performing Arts at Mississauga’s Living Arts Center on Jan. 10, 2020. Saavedra is York University’s director of planning and renovations and was thoroughly impressed with what he saw.

“I actually was enamored by the sets, the architecture sets in the background—the landscapes, the cityscapes, the ‘skyscape’ you might say. That’s very nice. I very much enjoyed that,” Saavedra said.

“I like the colors—it’s vibrant, it’s energetic,” he added, about New York-based Shen Yun’s unique combination of couture costumes, digital backdrops, and delightful additions such as the extra-long, silky “water sleeves.”

Shen Yun’s mission is to revive traditional Chinese culture along with the spiritual beauty and awareness it contains. With seven touring groups now traveling the world—each with its own orchestra—Shen Yun is considered the pinnacle of classical Chinese dance and music today.

Saavedra lauded each one of Shen Yun’s dances as he tried to pick the one that stood out to him the most.

“All of them. They’re almost equally the same in terms of quality, texture, all. From that perspective, the lighting and all that are pretty much all equally good. Maybe the starting scene, where they have the Creator descending from the heavens.

“And the one where there’s the big temple. I felt like I was immersed, immersed in this temple setting, this kind of palace environment. … You kind of get drawn into that era or period of history in Chinese culture. So from that perspective, I very much like that,” Saavedra said.

The university architect’s highly-trained eye didn’t only notice the structures in the animated backdrops. He admired the classical Chinese dancers, too.

“The synchronicity is like I’ve never seen before. [The dancers] are exceptionally good. Their timing is impeccable, it’s impeccable. I’ve not seen any show where the quality and timing is so precise. That I appreciate, because being an architect, I like precision. It actually—you can see it—it culminates in this wonderful kind of organized kind of energy, you might say. So, that I like very much,” Saavedra said.

“Today, it gives me some insight into what it might’ve been like for centuries,” he said.

With reporting by Dongyu Teng and Brett Featherstone.