Appleton Thanks Shen Yun for ‘Bringing This Glorious Performance!’ 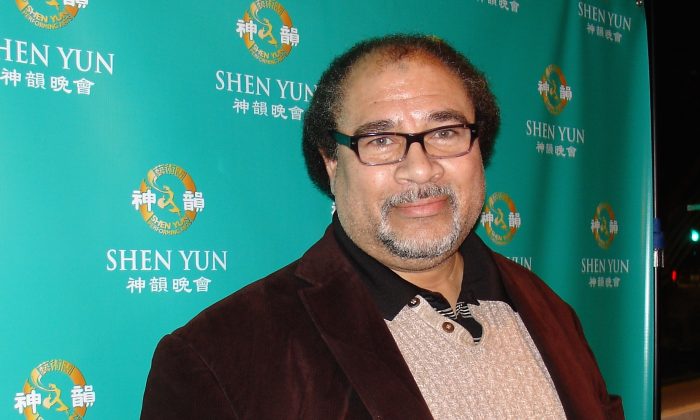 At Fox Cities Performing Arts Center, on March 3, 2015. Clifford Stephens: "So Shen Yun, I wish them the best and many more years to spread the message!" (Courtesy of NTD Television)

Dr. Stephens was deeply moved by the spirituality he saw in the performances, but saddened to hear about the repression of spirituality in modern day China—specifically against the meditation practice, Falun Dafa. He noted, “the themes fighting against oppression, for freedom of religion, not to be bound by powerful authorities.”

Still, he saw a message of hope “to seek reconciliation, healing, to avoid vengeance. It was beautiful—the last scene when God comes down. I thought it was truly uplifting!”

He wished to tell the artists that he was particularly touched by how they tour the world. “They put together such a beautiful show. The fact that they want to go around the world to present the message, I thought was beautiful. So Shen Yun, I wish them the best and many more years to spread the message!”

“There is a God,” said Ms. Lietz, echoing the Shen Yun website statement: “Throughout history almost every culture looked toward the divine for inspiration. Art was meant to uplift, bringing joy to both the people who created and experienced it. It is this principle that drives Shen Yun performers and their art.”

She explained, “When the singers sang, ‘We all want to go back to Heaven, and we all want to be happy again’… there was so much! I’m standing here, shaking away and everything.”

“Shen Yun cannot be seen in China today, where traditional culture has been nearly lost. Yet Shen Yun—a non-profit organization—has become an international phenomenon, bringing the wonders of ancient Chinese culture to millions across the globe,” says Shen Yun’s website.

As an educator Ms. Lietz deeply appreciated this and said, “It was inspirational! The people who are part of [Shen Yun] are doing it for a reason, for their fellow man.”

She continued, “I have to say—it was probably one of the most beautiful nights of my life! I learned so much! I felt what they were trying to do, by showing all the different cultures, and all the different people in their different dresses, and everything. And trying to show how beautiful, and wonderful, all the people are with all their beautiful beliefs. I thought that it was sad that they can’t even show it [in China].”