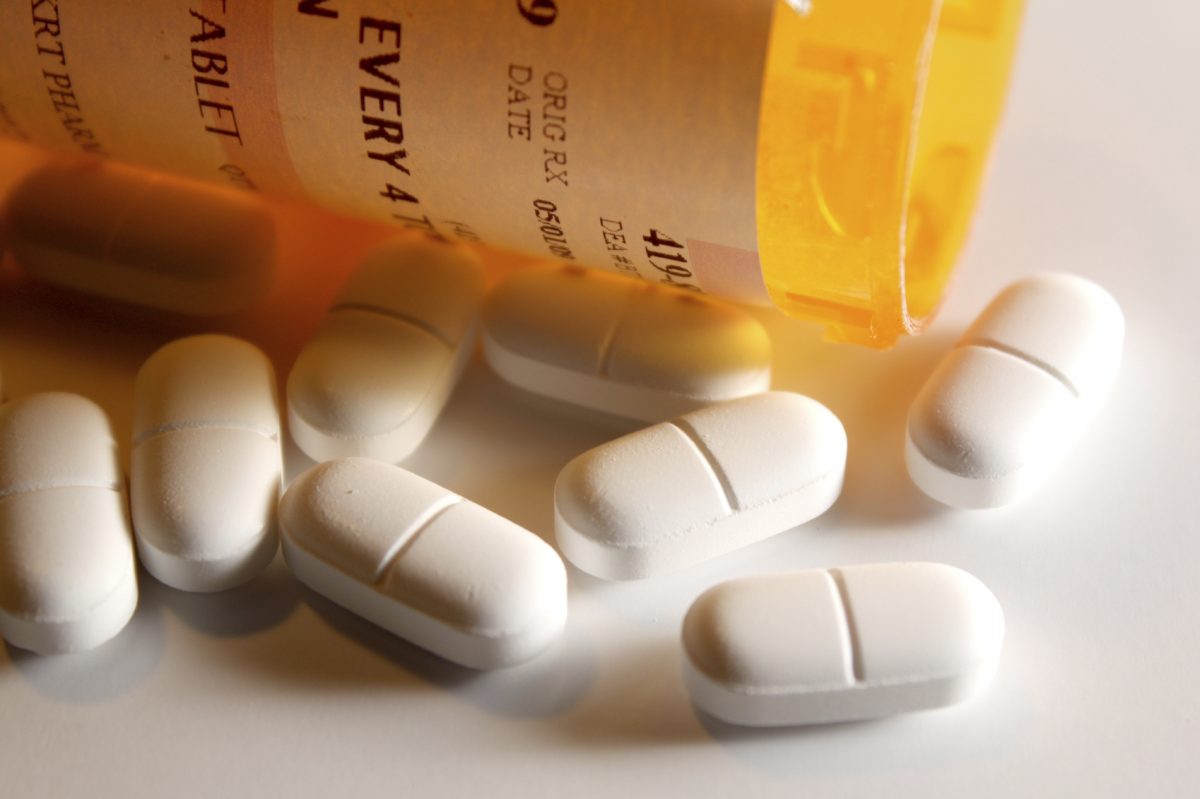 Prescription Pain Pills spilling out of a bottle
Health Viewpoints

While dementia and Alzheimer’s are primarily lifestyle-driven, watch out for these medications, in particular, this risky class of pills, which is prescribed for a wide variety of conditions including depression, incontinence, insomnia, allergies and epilepsy.

While dementia and Alzheimer’s disease (the most advanced, severe and lethal form of dementia) are primarily diet- and lifestyle-driven, certain medications can also ramp up your risk.

Anticholinergic drugs block acetylcholine, a neurotransmitter that performs important functions in your peripheral and central nervous systems, both as an activator and an inhibitor.[3]

For example, it triggers muscle contractions and pain responses, and is involved in the regulation of your endocrine system and REM sleep cycle. Of all the known neurotransmitters, acetylcholine is the most abundant.[4]

As reported by CNN,[5] an observational study[6] looking at anticholinergics and dementia risk “suggests that the link is strongest for … antidepressants such as paroxetine or amitriptyline, bladder antimuscarinics such as oxybutynin or tolterodine, antipsychotics such as chlorpromazine or olanzapine and antiepileptic drugs such as oxcarbazepine or carbamazepine.”

In all, the outcomes for 56 different anticholinergic drugs were assessed by looking at exposure to “standardized daily doses” of the drugs prescribed over the previous one to 11 years before the patient received a diagnosis of dementia.

After controlling for confounding variables that might influence the results, the researchers concluded “there were statistically significant associations of dementia risk with exposure to anticholinergic antidepressants, anti-Parkinson’s drugs, antipsychotic drugs, bladder antimuscarinics and antiepileptic drugs.”

Compared to those who did not use anticholinergic drugs, those in the lowest exposure group (taking between just one and 90 standardized doses over the previous one to 11 years), the adjusted odds ratio for dementia was, on average, 6%.

In the highest exposure group (excess of 1,095 standardized daily doses over the past one to 11 years before diagnosis), the odds ratio for dementia was between 44% and 54%, with an average of 49%. Even between the different types of anticholinergics there were significant variations in risk. Among those with the highest exposure:

“No significant increases in risk” for dementia were found for anticholinergic antihistamines, muscle relaxants, antispasmodics (prescribed for gastrointestinal problems), antiarrhythmics and antimuscarinic bronchodilators.[12]

While the authors of the featured JAMA study point out it cannot prove causality, it’s not the first study to find this link. There are quite a few of them in the medical literature, which you can find by searching PubMed.gov, the free online library of medicine run by the U.S. National Institutes of Health.[13]

Among them you’ll find the 2009 paper,[14] “The Cognitive Impact of Anticholinergics: A Clinical Review,” which analyzed the results of 27 studies in which “anticholinergic activity was systematically measured and correlated with standard measurements of cognitive performance.”

According to the authors, “All but two studies found an association between the anticholinergic activity of medications and either delirium, cognitive impairment or dementia,” which led to the conclusion that:

Some Anticholinergics Clearly Worse Than Others

A case-control study[15] published in 2018 in the BMJ — which like the featured JAMA study looked at the effects of various classes of anticholinergics — also found that antidepressant, urological and anti-Parkinson’s drugs posed the greatest risk. As noted by the authors:[16]

“It is well known that anticholinergics affect cognition, and guidelines suggest they are to be avoided among frail older people. Use of anticholinergic drugs among people with dementia is recognized as inappropriate by both the Beers and the Screening Tool of Older Persons’ potentially inappropriate Prescriptions (STOPP) criteria.

Over the past decade, prolonged exposure to anticholinergic drugs has been linked to long term cognitive decline or dementia incidence among community living cohorts and nursing home residents.”

Here, the researchers included 40,770 patients newly diagnosed with dementia, and compared their outcomes with their use of anticholinergic drugs four to 20 years before their diagnosis.

Each patient was compared to as many as seven matched controls who did not have dementia. The median age at diagnosis was 83 and the median drug exposure period was 7.1 years.[17] The study had three stated objectives:[18]

The primary difference between the ACB classes were the dose-response effect. Drugs with an ACB score of 2 or 3 had a clear dose-dependent response, whereas drugs with a score of 1 did not.[20] As for objective 2, the researchers found:

Prescriptions for drugs with an ACB score of 2 were relatively rare, and so results are imprecise in this group, but there is some evidence for an association between dementia incidence and prescription of antiparkinson drugs.

Lastly, the timing of the drug exposure was assessed, looking at three different sets of time intervals: four to 10 years, 10 to 15 years, and 15 to 20 years of use before dementia diagnosis. For drugs with an ACB score of 3, the risk was “consistent” across all three exposure periods, although the strongest association was seen for ACB 3-class drugs used for 15 to 20 years before diagnosis. For this group, the odds ratio for dementia was between 10% and 24%, with an average of 17%.

“[F]or antidepressants with an ACB score of 1, the association with dementia increased for prescriptions given in periods closer to a diagnosis of dementia. Similarly, the negative association between gastrointestinal drugs and dementia was not seen for exposures 15-20 years before the index date.”

Behavioral Changes Can Be an Early Sign of Dementia

As you can see, even within a single class of drugs, in this case, drugs broadly classified as anticholinergics, you find all sorts of factors that can increase or decrease their risks to any given individual.

Now, dementia is not a disease in itself; it’s a term used to describe a number of different brain illnesses that may affect your memory, thinking, behavior and ability to perform everyday activities. Many people associate dementia with memory loss — and this is a red flag — however, not all memory problems are due to dementia or Alzheimer’s.

As noted by the Alzheimer’s Association,[22] some causes of dementia-like symptoms (including memory loss), such as those related to thyroid problems and vitamin deficiencies, are reversible with proper treatment.

Before memory and thinking problems become obvious, people with dementia will often display changes in mood and behavior. A person may, for instance, stop doing something they’ve always loved to do, be it cooking a certain dish for your birthday or watching the evening news.

Apathy is another common sign, although some people may display more blatant changes like suddenly becoming sexually promiscuous or developing the habit of snatching food from other people’s plates.[23][24]

At the 2016 Alzheimer’s Association International Conference, a group of Alzheimer’s experts presented a 34-question checklist[25] of signs of mild behavioral impairment (MBI), which they believe might help identify patients at high risk for Alzheimer’s.

Those with sudden mood or behavioral changes that persist tend to develop dementia at a faster rate.[26][27] The MBI checklist was published in the Journal of Alzheimer’s Disease in 2017.[28] You can find a copy of the questionnaire here.

Is It Age-Related Forgetfulness or Something More Serious?

Aside from that, the Alzheimer’s Association has also compiled a list[29] of early signs and symptoms of Alzheimer’s, along with suggestions for how to determine whether you’re dealing with typical age-related changes or something more serious:

As mentioned at the outset, Alzheimer’s is primarily diet- and lifestyle-driven. In fact, it shares many risk factors with heart disease, including insulin resistance and diabetes.

[22] Alzheimer’s Association, What Is Dementia?