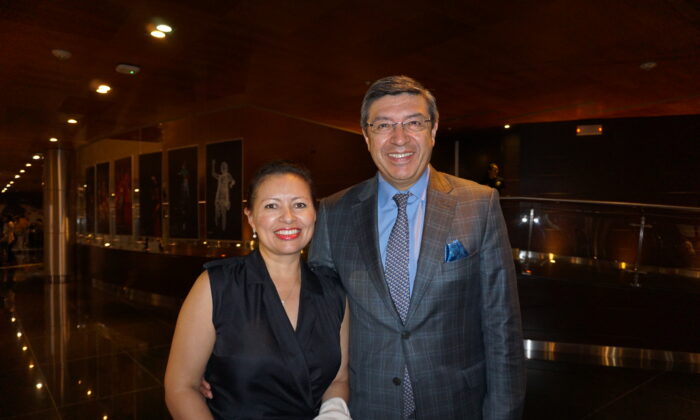 “It is a performance that transforms you and transports you, awakening special sensory feeling,” Pedraza said. “The [millennia of] Chinese culture is opened, and of course, it also generates a kind of uplifting, in that encounter with the spirituality of which the performers demonstrate. Excellent stage design, the choreography, the dances, the message, the music.”

Pedraza’s organization represents four countries of the Andean community: Peru, Colombia, Ecuador, and Bolivia. He expressed a wish that all 111 million inhabitants could witness Shen Yun and immerse themselves in what he called a fascinating display of traditional Chinese culture “in its traditions, in its customs, in its depths, and, above all, in the smoothing of the human being with its spirituality,” he said.

“I think it is a special and wonderful concert between the dance, between the message, between each chapter, between each episode, which is narrated, with the stage design and the performers of the best category. With music that complements and makes one permanently enter the performance and feel that we are living the culture they convey,” Pedraza said.

Through the immersion in this multifaceted performance, Pedraza said he felt “a lot of relaxation.”

“You feel a lot of immersion in something that probably touches the sensory organs, you can see, you can feel, but I also think that the performance reaches the soul and the heart,” he said.

Pedraza felt what reached the heart was a message of betterment.

“It gives us some profound messages about how mankind must dedicate itself to good over evil, and how we must always keep in mind the fulfillment of some mandates that make us respect a higher being so that we have a better way of living together and avoid the self-destruction of the human being,” he said.