American Doctor Learns of Persecution in China Through Shen Yun 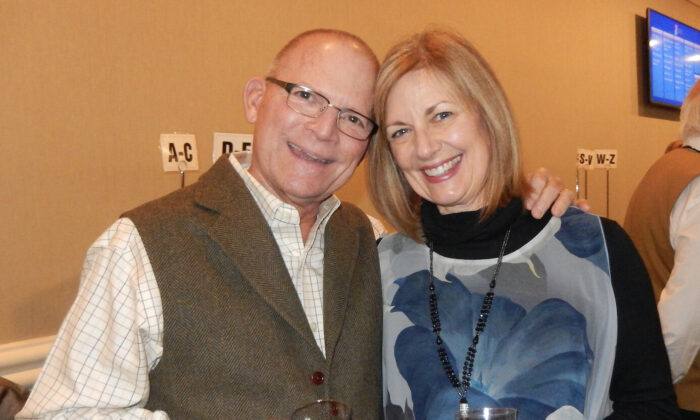 CHARLOTTE, N.C.—Valentine’s Day came early for one married couple who marked the occasion with an overnight trip to see Shen Yun Performing Arts.

While New York-based Shen Yun was a new experience for them, Ted and Janet Perkins heaped praise onto the dance pieces of the evening as well as the artists themselves and were very glad they decided to make the journey.

Ted, a retired home builder, said “Shen Yun was wonderful. I loved it.” He and Janet took in Shen Yun at the Belk Theater at Blumenthal Performing Arts Center in Charlotte, North Carolina on Feb. 8, 2020.

Janet is an eye doctor whose love of dance prompted Ted to buy the tickets for Valentine’s Day. But every Shen Yun performance holds much more than classical Chinese dance alone. Shen Yun is on a mission to revive traditional Chinese culture through combining highly-expressive and sometimes ancient art forms such as bel canto singing, couture costumes, and a live orchestra that plays all original compositions.

Shen Yun’s music especially struck Janet: “gorgeous,” she called it. “I love it. … the music is so uplifting and we don’t hear that music on a daily basis. It’s not what we listen to because we haven’t been exposed to it. And it’s just, it’s beautiful.”

“And ‘The [Miraculous] Flute,’ how they did that was just, that was really spectacular, the three-dimensional aspect of it,” she said referring to one dance piece of the performance.

A component of every Shen Yun show that regularly makes audience members gasp with delight is its patented backdrop technology. A digital projection combined with other innovative elements of stagecraft allows the live characters to be transported onto cliff tops, into celestial realms and other dimensions, and sometimes underwater.

One of the most memorable dance pieces for the Perkins was “Water Sleeves” which employs a kind of costume technology handed down since China’s ancient dynasties: long silk sleeves that float fluidly through the air.

“Just the beauty of the color and the way they controlled the sleeves as they went out and in—it was just beautiful,” Ted said.

“The last dance was great too, the Mongolian horses,” he added, referring to the piece they had just seen before intermission.

“Abetting the Wicked” is one such story set in China today that Janet commented on and that tells of unfortunately true events happening to spiritual believers: for decades the Chinese Communist Party has carried out a brutal persecution as part of a campaign to wipe out traditional Chinese culture completely.

Independent researchers have concluded that the CCP goes so far as to commit the heinous crime of forced organ harvesting against those who refuse to recant their faith or “convert” to communism’s policy of atheism. In “Abetting the Wicked,” a young man has his eyes taken out by a doctor, a communist party member, in retaliation for attempting to defend a follower of Falun Dafa, an ancient spiritual discipline.

“I can’t imagine anyone who is a doctor could harm people for what they believe—in that fashion,” Janet said. “And I’m an eye doctor, so that was particularly impressing.”

“I can’t imagine why, you know, how a trained professional can go and harm another individual, another human being, just because they believe different.” Janet had only just learned that that horrific phenomenon continues today. “Sometimes we don’t know how fortunate we are here [in the United States],” she added.

“It’s well worth coming [to Shen Yun],” Ted said. “And we traveled from out of town to come, and have our hotel expense and it’s well worth it—this whole thing is probably going to cost us about $1,500 to come see this performance. And, so far, I’m thinking it’s worth it.”

With reporting by Henry Wang and Brett Featherstone.