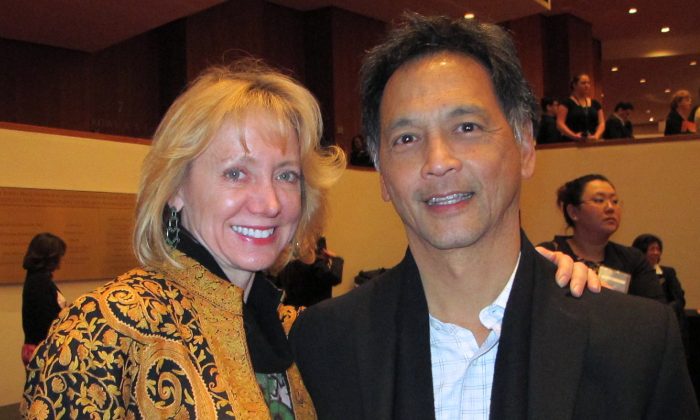 “I really enjoyed it,” said Mr. Tang, a vice president at Amegy Bank. “It was very uplifting.”

Through music and dance, the New York-based Shen Yun aims to revive the once almost lost, divinely inspired Chinese culture of 5,000 years. It’s a culture close to home for Mr. Tang, who was born in America but whose family is from China.

Mrs. Tang also said that she was surprised to learn the spirituality of the culture she witnessed in the art forms presented by Shen Yun are not allowed in China today.

The Steadfast Lotus, which touched on the persecution of the spiritual discipline Falun Gong, or Falun Dafa, in China, piqued Mrs. Tang’s interest and she said she wanted to go read more about it.

The couple added that they were looking forward to recommending the performance to their friends. “They should come to see it, definitely,” Mrs. Tang said.

“It’s all very good, from beginning to the end,” Mr. Tang said.