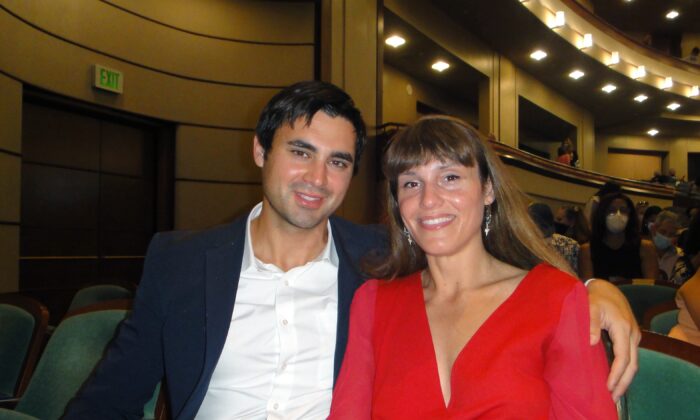 MIAMI, Fla.—Some audience members say that after attending a Shen Yun Performing Arts performance, they’re more at ease, which may be evidence of the ancient Chinese practice of using music before medicine when treating ailments.

Alexandra Suozzo is a licensed acupuncture physician and she shared her knowledge of why being at peace is important to health.

“If you think about the English word for disease—DIS-EASE. I think when you feel at peace, and you feel connections with souls, it’s releasing all of that. And watching this [performance] is truly a match between Heaven and Earth,” Ms. Suozzo said after watching a performance at the Adrienne Arsht Center for the Performing Arts on Sunday.

She elaborated that ancient Chinese medicine is connected to the divine and her experiencing New York-based Shen Yun also gave her a feeling of connection to the divine.

“So part of acupuncture, we learn about these ancient traditions and how the ancient culture of China was connected with God and the divine, and how that plays into the human body, and how that manifests into health,” she said.

“So I feel [that] we are all lacking. It is combining that power of God with the human body which is manifesting in these beautiful dances, in the colors and everything. It’s just amazing.”

Ms. Suozzo also spoke about how good experiences like Shen Yun can help with keeping positivity and eliminating fear.

“If you live in fear, you’re going to allow sickness to come in, and that can be mental, emotional, or physical. I think that what they’re projecting onto us is a revival. It is like the renewal of the spirit. And people are leaving here feeling strong and powerful,” she said.

Also in the audience this afternoon were Diego and Maria Ostina. They shared their appreciation for Shen Yun‘s efforts to revive Chinese culture and civilization.

“It is just beautiful to see that in this day and age there could still be a group of young people that [are] inspired to learn the traditions,” Ms. Ostina added.

Mr. Ostina reflected on the trend of the younger generation and expressed his concern.

“In this world, especially with the internet, the consent of young people is to forget about tradition. It is amazing that nowadays [the] internet is supposed to unite us, but it has divided us like never before,” he said.

“I think this performance showed [what] used to happen before communism, before everything was painted the same color, so I am very grateful for the performance.”