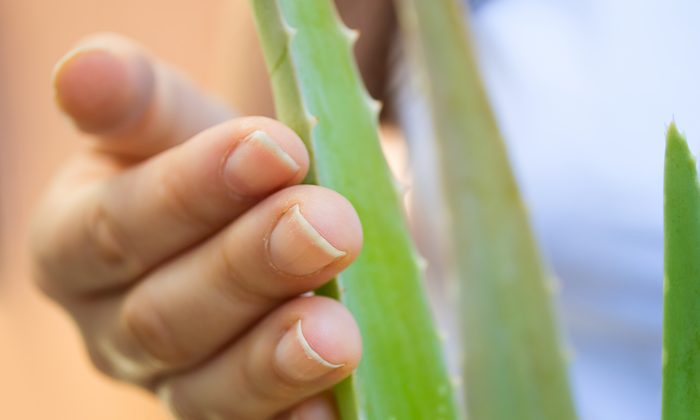 Numerous benefits have been reported from using aloe vera on wounds like cuts and burns. Serious diseases have been remedied as well, not just to ease the pain but to help speed up healing.

Although the benefits are more widely known today, the healing power of the gel from the aloe barbadensis leaf has been touted for centuries.

Heartburn relief, lower blood pressure and slowed breast cancer growth are just a few of the amazing advantages. It’s made aloe a popular ingredient to add to many creams and moisturizers.

Aloe vera products from Walmart , Target, Walgreens and CVS were tested and found to contain zero particles of aloe vera.

The ingredient lists on all four mention aloe vera first, or list it second after water. An independent company, ConsumerLab, estimated last year that only half of the aloe products actually contain meaningful levels of the gel.

None of the above products were listed as certified by the International Aloe Science Council, which creates standards for the aloe industry, estimated to be around $100 million annually.

Walmart Stores Inc., Walgreens Boots Alliance Inc. and CVS Health Corp. all stood behind their product suppliers, which in turn confirmed their authenticity; Target Corp. had no comment. Among all four stores, there are about 23,000 outlets with the alleged aloe-containing products on the shelves.

Both companies disputed the validity of the lab findings. The aloe gel for CVS was made by Product Quest Manufacturing LLC.

Conaloe says its aloe products, including gel, extract, powder and both cosmetic and food-grade aloe vera, are fair trade, organic and both farmed and processed in Guatemala. Bloomberg, which initiated the investigation, reported:

“There’s no watchdog assuring that aloe products are what they say they are. The U.S. Food and Drug Administration [FDA] doesn’t approve cosmetics before they’re sold and has never levied a fine for selling fake aloe.

That means suppliers are on an honor system, even as the total U.S. market for aloe products, including drinks and vitamins, has grown 11 percent in the past year to $146 million, according to Chicago-based market researcher SPINS LLC.”

Independent industry consultant Ken Jones, based in Chapala, Mexico, said the test results basically indicate that aloe vera may or may not be present in the products.

If It’s Not Aloe Vera, What Is It?

Nuclear magnetic resonance was used to find chemical markers for malic acid, glucose and acemannan, a polysaccharide found in the gel of aloe plants, which composes as much as 15 percent of its makeup. It’s the ingredient that sets the plant apart from less potent aloe vera varieties, as it contains high amounts of nutrients.

Bloomberg said AloeCorp, one of the biggest suppliers of raw aloe powder, has been undercut in the market by aloe vera wannabe products like maltodextrin.

“Jeff Barrie, a Keene, New Hampshire-based sales manager at AloeCorp, one of the biggest suppliers of raw aloe powder, said he’s seen competitors beat his lowest prices by half.”

Maltodextrin, a cheaper, look-alike substance, is sometimes used as an aloe vera substitute.

Producing pure, unadulterated aloe vera, which is hand-harvested, is not cheap, according to Barrie. “That means they’re not selling aloe,” he asserts. “Aloe powder can cost as much as $240 a kilogram (2.2 pounds), while the same amount of maltodextrin can cost a few dollars.”

The revelation that something besides aloe vera may be the “active ingredient” in innumerable night creams, moisturizers, body lotions and vitamins may damage sales of those products.

As attorneys in one of the lawsuits observed, “No reasonable person would have purchased or used the products if they knew the products did not contain any aloe vera.”

Consumers may be seeking restitution from the four retail companies as well as Fruit of the Earth if the main ingredients in the aloe vera products prove, possibly in further tests, to be nonexistent.

Does Aloe Vera Contain Beneficial Ingredients for Health, or Not?

While the aloe vera-that-wasn’t-there allegations are bad enough, another claim may be worse — that it doesn’t matter anyway because, as several publications have reported, quoting the National Institutes of Health’s (NIH) National Center for Complementary and Integrative Health, “almost none” of the health aspects of the spiky succulent have actually been verified.

D. Craig Hopp, Ph.D., a program director at NIH, asserts that while some studies show research authenticating healing compounds contained in aloe vera, as far as producing clear-cut evidence that it actually does, “there’s nothing to hang your hat on.”

There must be a reason why the ancient Egyptians called aloe vera the plant of immortality.

However, multiple studies do indeed substantiate that the plant, including aloe vera oil, contains compounds and phytonutrients that are extremely advantageous for health.

There must be a reason why the ancient Egyptians called aloe vera the “plant of immortality.” Pictures of the plant appear on ancient stone carvings from 6,000 years ago and were found offered as a burial gift for pharaohs.

After all, it’s been shown in many, many studies to be antibiotic, anti-fungal and antimicrobial, even against some of the most virulent infections, such as E. coli, E. faecalis and staphylococcus aureus, the Journal of Conservative Dentistry reports.

Some of the Beneficial Ingredients in Aloe Vera

Altogether, aloe vera is “a wonderful and effective antiseptic, anti-inflammatory and antibiotic medicinal plant,” VisiHow says. It contains 20 of the 22 amino acids and 7 of the 8 essential amino acids your body requires.

Additionally, several immune system-boosting, laxative and moisturizing ingredients that make aloe vera anti-inflammatory due to the presence of auxins and gibberellins important for fast wound healing include:

Some of the Health Benefits Provided by Aloe Vera

It must be noted that NIH, a branch of the U.S. Department of Health & Human Services, recognizes the ability aloe vera has, as they noted: “Abdominal cramps and diarrhea have been reported with oral use of aloe latex. Also, because aloe latex is a laxative, it may reduce the absorption and therefore the effectiveness of some drugs that are taken orally.”

So there’s a reason why arguably millions of people keep aloe plants around the house for various healing purposes. Besides the raw plants with the gel inside, assorted tinctures contain this desert-derived ingredient as it may help treat, according to Mayo Clinic and many others:

Most of the benefits you glean from aloe vera come from the gel of the spiky, succulent leaves. While most of the benefits already discussed have been from topical uses — cutting off enough of one of the stiff leaves to apply it on trouble spots — this plant can also be used internally.

Digestive troubles such as acid reflux, indigestion and ulcers may be relieved by ingestion. One method is to slit open a leaf to extract the gel and place it in your blender or food processor with a lemon or lime (to disguise the bitter flavor). Healthy Smoothie Headquarters offers a tasty recipe to take advantage of this amazing plant. Just blend and enjoy: