After Shen Yun, ‘I just felt like now there is hope’ 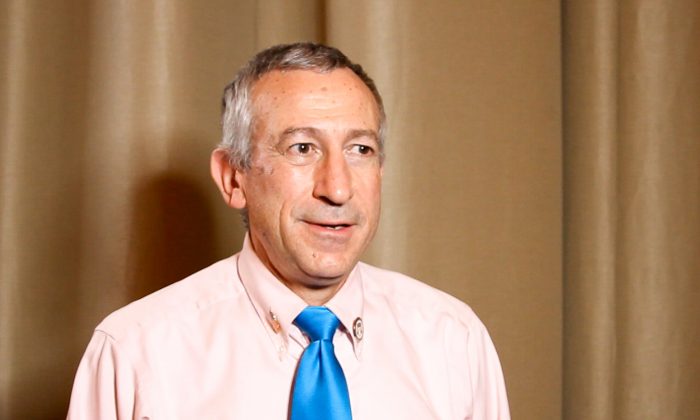 Tom Paino was blown away by Shen Yun Performing Arts. The moment the performance started, his gloomy state of mind disappeared and gave way to inspiration and hope. (Courtesy of NTD Television)

New York-based Shen Yun Performing Arts aims to bring back the culture of the Divine Land—5,000 years of Chinese civilization—and for Mr. Paino, it was nothing short of that at the Kennedy Center Opera House on Feb. 20. “I was just, to use a phrase, blown away.”

“It was the most amazing experience of my life. Absolutely,” said Mr. Paino, a chemist who works for the U.S. government. He felt absolutely uplifted, and said it was as if the divine had manifested as human beings right before his eyes.

It was an absolute 180 from the feeling Mr. Paino had when he entered the theater.

Mr. Paino had walked into Kennedy Center feeling “very dejected about my life, about the human race, about everything going on in this world.”

Then he saw Shen Yun, and “I just felt like now there is hope.”

“There’s hope for me. There’s hope for each of us individually as well as for all of us collectively. I just feel so inspired. It’s beyond words. I can’t describe it,” Mr. Paino said.

The performance that brought about such a profound reaction consists of classical Chinese dance, a form thousands of years old, accompanied by a Western orchestra with traditional Chinese instruments integrated into every piece, and bel canto vocal solos. The dances told stories of China’s legends, literature, dynasties, ethnicities, or different regions. The songs were, in different ways, about the meaning of life.

The ancient culture is rich with meaning, which is perhaps the reason audience members so often leave with profound interpretations and inspired outlooks on life.

“I feel very touched,” Mr. Paino said. The performance inspired him to “speak for my soul. My life on Earth is a drop in the ocean that I shall express for my heart, what I believe, despite the consequences. Live without fear, be myself. There really is a divine being. I really do have a divine presence inside me that is guiding me. And that I should follow it no matter what. Despite what’s going on around me. To maintain that connection with my divine self.”

The finale drove these ideas home. It was titled “Hope for the Future,” and that’s exactly what Mr. Paino said he got out of it, “that there is hope for all of us.”

It reminded him of the wonderful and vibrant people he knew in his life, and that there is higher purpose and power in life.

“I just feel blessed. So blessed to be in their presence. It’s like, ‘thank you, God, for this moment,'” Mr. Paino said.