After a Year of Waiting, Shen Yun a ‘Beautiful, Wonderful’ Birthday Gift 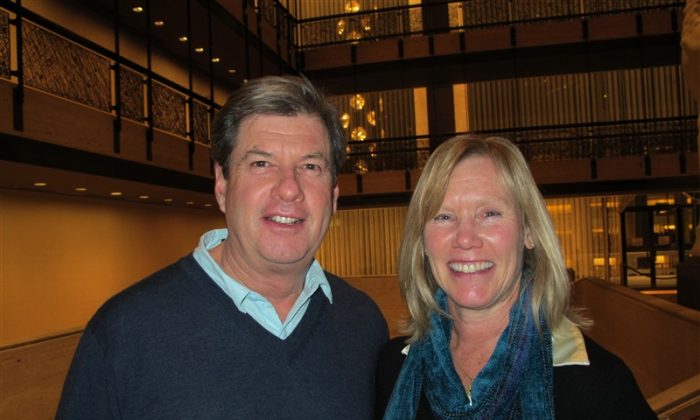 NEW YORK—As a ship docking pilot, Jeff McAllister brings ships in from China, but Friday night at the Lincoln Center, he experienced another sort of cultural exchange.

Mr. McAllister is from Connecticut, and for a year he saw colorful posters for a beautiful performance everywhere he went.

“It’s a beautiful, wonderful show and I love seeing the culture of the Chinese people,” Mr. McAllister said.

China was once known as the Divine Land, with a divinely imparted culture. For thousands of years, the ideals of Buddhism, Taoism, and Confucianism were the heart of society, but that culture was nearly lost under communist rule.

The brilliant costumes in each and every one of Shen Yun’s dances captured the couple’s attention, but the spirit of the culture was just as evident.

“To me, this was the epitome of Chinese people,” Mrs. McAllister said. “Classic, and beautiful.”

“Here you see a beautiful side of their history,” Mr. McAllister said. “I hope it continues and we’ll be back next year to see it again.”