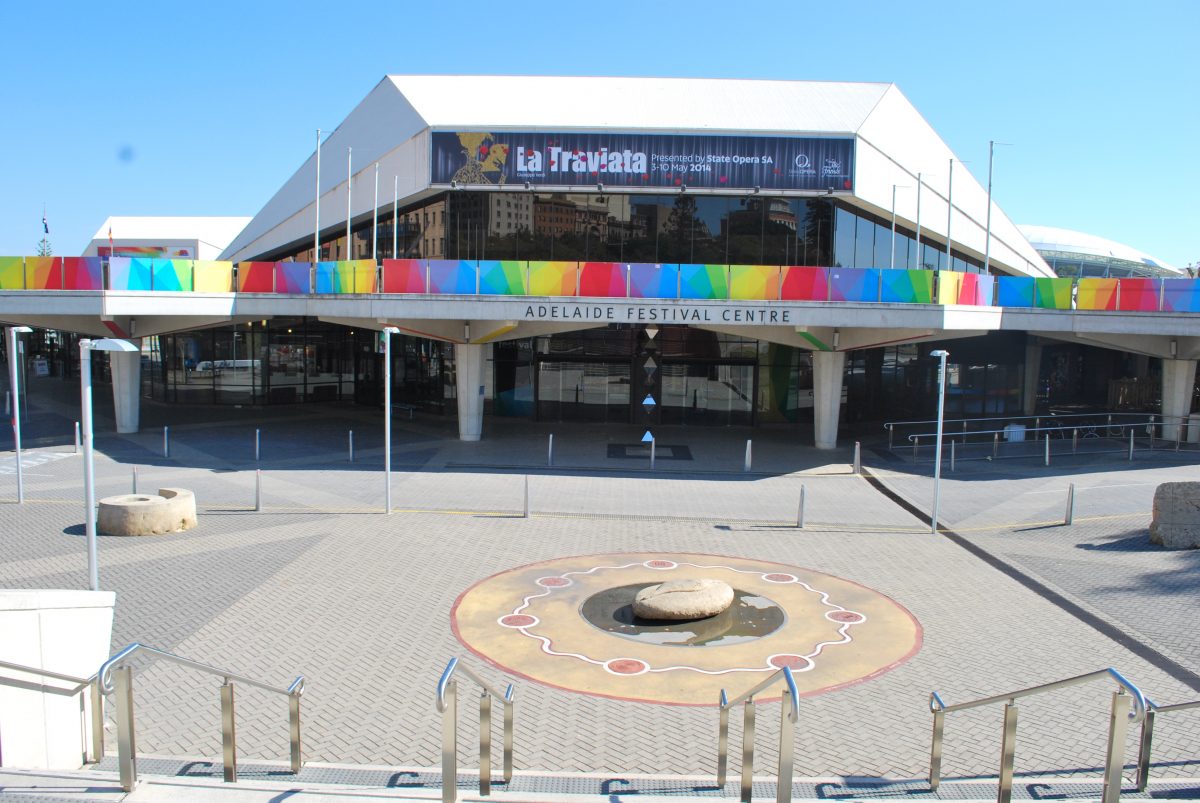 ADELAIDE, Australia—The Chinese New Year is no doubt foremost in the minds of most Australian Chinese citizens whose thoughts turn to the homeland China as Australia rings in the ‘Year of the Goat.

But just a thought for the Shen Yun Performing Arts New York Company who arrived in Adelaide to share the revival of China’s divinely inspired culture, almost lost to 65 years of communist rule.

The 100-strong company left snow blizzards behind in the United States on Jan. 30, and were rewarded with sunshine that has followed them from the Gold Coast, Brisbane, Sydney, Canberra and now to Adelaide.

Though the ‘Year of the Goat’ is the most opportune time to celebrate Chinese traditional culture, its probably furthest from their minds as they prepare for centre-stage tomorrow night through to Sunday matinee at the Adelaide Festival Centre.

“I would like to congratulate you on your incredible work, showcasing 5,000 years of traditional Chinese culture through dance, music and costumes,” Mr. Ngo wrote in a greeting to the world-renowned Shen Yun.

“The Chinese community contributes so much to Australian culture and I applaud you for continuing to showcase traditional Chinese culture to the world.”

Shen Yun is based in New York. In 2006, a group of talented Chinese artists went on a mission to revive China’s 5,000 year culture through classical Chinese dance and music and share it with the world.

Since landing in Australia, the New York Company is lauded everywhere they perform

Kit Schell, who works in the health and well-being industry on the Gold Coast, as well as teaching Tai Chi, was touched by the spiritual aspect in the performance she saw at The Arts Centre Gold Coast.

“I’ve seen … as they did the dance with their floating arms, with the beautiful long fabrics coming up. I’ve seen them floating like part of the spiritual beings as they were flying [to] their freedom, it was amazing.”

Ms. Schell was referring to the dance Sleeves of Grace a classical Chinese dance.

Netra Gurung, a civil engineer, has designed railway tracks and bridges for over 15 years. He was ecstatic about seeing Shen Yun.

“I feel ecstatic, it’s really great, I enjoyed 110 percent what I found out. I’m very happy. It’s one show in a lifetime. Not to be missed.”

Also in Brisbane, Lynn Schmidt has a background in the Human Resource Business and Educational Management. She was deeply moved by the spiritual aspect in the Shen Yun performance and was saddened to learn that the people in China do not have the opportunity to have the same experience.

“I feel like it has taken me to heaven,” she said. “I think it is so very sad that China and the Chinese people don’t have an opportunity to have what we have, for it lifts our spirit and it makes us so happy.”

“Traditional Chinese culture and art forms—formed over millennia by the three pillars of Buddhism, Daoism and Confucianism—were largely destroyed during the Cultural Revolution and decades of suppression by the communist regime,” says the Shen Yun website.

For Mick Snowden, “Chinese traditional dance is a little bit ‘left field’ from what I normally do, but I really enjoyed it! I recommend it to anyone!” he said. He attended Shen Yun Performing Arts at the Capitol Theatre on the eve of Valentine’s day, Feb. 13.

It was all pretty impressive.
— Mick Snowden
Perhaps what brought Mr. Snowden to see Shen Yun was because his fiancée used to dance with the German Royal Ballet. He said he had seen a lot of classical ballet before but never classical Chinese dance.

“It was all pretty impressive,” he said. “It was very elegant, very well done, very in sync. It’s really, really impressive.”

Claudia Visca is an acclaimed professor of voice at the Music Academy in Cologne, and the University for Music and Performing Arts, Vienna. She is currently in Australia giving masterclasses in vocal technique to singers in Sydney and Canberra.

It’s a real joy.
— Claudia Visca
Talking about Shen Yun’s performance at the Canberra Theatre, Ms. Visca said, “I’m just so amazed at how these people can move, and how graceful they are, and what command they have over their bodies. It’s a real joy,” she said.

Ms. Visca praised the entire concept of Shen Yun, put together by the group of award winning artists in 2006. They made a wish back then to share China’s 5,000-year-old divinely inspired culture with the world through the performing arts.

That wish is coming to fruition. By the end of its 2015 World Tour, four companies would travel to more than 100 cities, giving more than 400 performances on prestigious stages in around 20 countries, bringing joy to millions.

Ms. Visca was one of the millions saying Shen Yun gave “a beautiful performance.”