Addiction: A Disease of the Soul?

How a wounded spirit can trigger compulsive behavior
Health 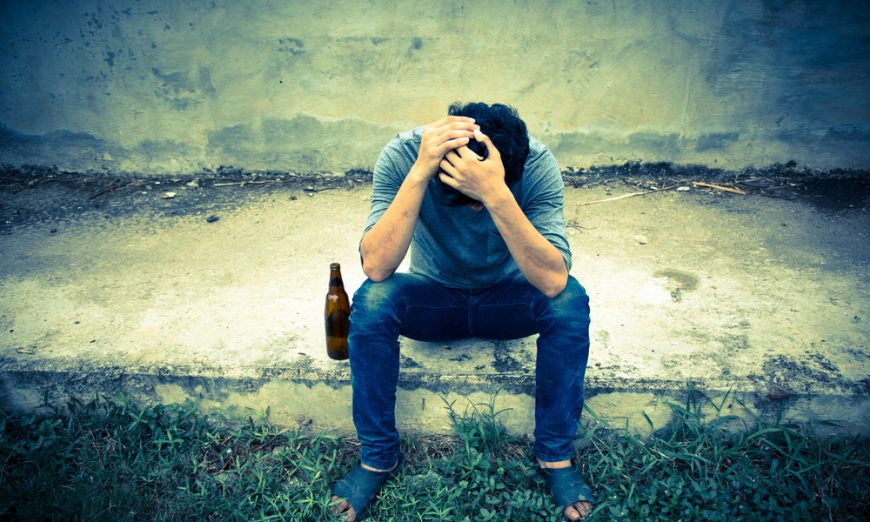 Addiction is often the result of a misguided attempt to reconnect with a feeling of belonging or of being loved. (Namning/Shutterstock)

We naturally want to feel good. But what happens when our favorite method of stress relief becomes destructive?

Serious addictions take an undeniable toll both physically and mentally. But according to Lisa Boucher, author of “Raising the Bottom: Making Mindful Choices in a Drinking Culture,” the 2017 winner of the Best Book Award for women’s health, people often overlook the true root of addictive behavior: a wounded spirit.

“Addiction is a spiritual malady,” said Boucher, a registered nurse who has helped women overcome alcoholism for the past 28 years. “People are just trying to fill the hole of the soul.”

Most addiction counselors acknowledge the spiritual aspect of their clients’ compulsion. “The Big Book” of Alcoholics Anonymous (AA), for example, emphasizes a spiritual awakening as a necessary step in breaking free from alcohol’s grip.

But it’s a notoriously hard lesson to learn. A common theme among the hundreds of addicts Boucher has worked with is that they can take years or decades to even admit they have a problem.

“Pride and ego are what keeps people locked into addiction,” she said. “They don’t want to accept that they can’t control something.”

We’re all prone to occasional indulgence, but we can be lax at judging when we’ve gone too far. Substance abuse can be even harder to accept when society supports it. Unlike heroin or cocaine, alcohol is a legal and socially encouraged drug. But Boucher says these features can make it even more insidious. She points to an increasingly common character: the wine mom.

While recreational drug use, in general, is at an all-time high, alcohol remains the most abused drug in the world after tobacco, and it’s hitting women especially hard. Alcohol-related­ deaths for white women ages 35–54 have more than doubled since 1999, according to an analysis of federal data by The Washington Post. Researchers studying the spike call it a public health crisis.

According to a 2013 study, the alcohol industry has increased ad spending almost 400 percent since 1971. Ads make a brief nod toward “drinking responsibly,” but the predominant message is that booze is a fun, sophisticated, and socially sanctioned excuse for letting go.

It’s an appealing proposal, especially for those trying to juggle a career and family. But Boucher believes women have become so conditioned to reach for a drink under stress, that they lose touch with their innate coping skills.

“People drink because they can’t handle the way they feel,” Boucher said. “If you’re trying to change the way you feel, you’re not coping with some deeper emotion.”

It’s not just alcohol; all of our most destructive drugs tend to be those that provide a temporary escape from misery. Such substances can be a short-term blessing for serious injuries and illness. But we lose an important part of ourselves when they become our primary coping method.

Chronic reliance on a substance for our sense of well-being can stunt our emotional and spiritual growth, says Boucher, because we never develop the strength of character that comes from facing life’s challenges with a clear mind. A prime example is Boucher’s sister, a successful career woman in her 50s who’s four years sober of a serious meth habit.

“This is a woman who never learned to cope with life,” Boucher said. “She has had to go back and relearn how to deal with conflict in an appropriate manner.”

Researchers point to genetic markers that may increase the risk for addiction, but role modeling may seal the deal. Boucher and her siblings grew up resentful of their alcoholic mother who was either in a Valium stupor or drunk for most of their childhood, yet they all followed a similar path.

Why would anyone choose to waste money, destroy relationships, and ruin their health? Addiction doesn’t make any logical sense, but we can’t seem to stop the tide. Despite the government spending more than $1 trillion on the war on drugs over the past four decades, the rates of addiction and overdose deaths in the United States are now higher than ever before. Opioids get the most attention, but in some states, meth may soon claim the highest number of addicts and overdose deaths.

Addiction used to apply primarily to substances. Today, it is found with vices such as pornography, gambling, shopping, excessive smartphone use, and countless other compulsive pleasures.

Researchers believe they may soon uncover a physical fix to our addiction epidemic. Studies are underway to develop treatments that target the chemical imbalances and faulty wiring found in the brains of addicts.

But what if our addiction problem is more complex than any solution science can conjure? According to the Rev. Sheri Heller, a New York-based psychotherapist and interfaith minister, addiction may be biochemically based, but the psychological and spiritual aspects of the disease still demand attention.

Spirit is a concept that is often at odds with contemporary medicine, but it wasn’t always this way. People once looked for meaning in their suffering.

Dr. Carl Jung, the Swiss psychiatrist famous for his descriptions of ancient archetypes residing in our collective unconscious, helped Westerners regain a sense of meaning in their suffering. Jung gave the modern world a vocabulary for the psyche once reserved for myths and legends. He was also instrumental in inspiring the 12-step paradigm found in addiction recovery programs.

“Jung said addiction is really a misguided search for God. It’s an attempt to feel the euphoria one gets from having a sense of belonging or a sense of being loved,” Heller said.

Of course, each addict has a unique backstory of trauma and pain, but Heller believes a change in society lies at the heart of our growing wave of addiction. Our sense of community, intimacy, and humanity have been replaced by a culture of technology, celebrity, and divisiveness. Isolated and overwhelmed, we reach for anything to fill the void.

Since people usually do drugs to feel better, there’s a prevailing notion that substance abuse is merely a symptom of depression. But Boucher believes that’s a backward idea.

“You can’t diagnose depression when they’re smoking pot every day, drinking alcohol, using meth, smoking crack, taking opioids, or whatever that person’s drug of choice is,” she said. “How do you know what that person’s baseline is?”

Alcohol, for example, is a depressant. So if a heavy drinker complains of depression, they may be guzzling the root cause.

Boucher is sympathetic to legitimate cases of depression, but she believes that in order to properly diagnose it, sobriety should come first. In her experience, those who go clean for three to six months often eliminate their need for drug treatment.

“In 90 percent of the cases that I’ve worked with, these women were able to get off their antidepressants,” she said.

Few people can drop their bad habits cold turkey. But for many addicts, connecting to something larger than themselves helps them work toward recovery. However, adopting this mindset can be a difficult leap, especially since those who turn to drugs often do so because their faith in God or man has been shattered.

Jung himself was reluctant to use spiritual terminology with his patients because he feared they would misinterpret his message. For those resistant to talk of a higher power, Heller suggests more deity-neutral language.

“One could say that the person needs to be able to expand their consciousness to incorporate new ideas,” she said, “but in order for anyone to engage in a process of healing and self-exploration, they have to be able to surrender to something greater than their own will.”

Some insist willpower is the key to recovery—if we’re determined to deny our cravings for long enough, we can be whole again. But according to Kimberly Hershenson, a New York-based therapist specializing in substance abuse, willpower will always fall short.

“If you’re looking at this from a disease model, you are as powerless over addiction as you are with cancer,” Hershenson said. “No matter what you try to do, your brain is going to crave more. And it’s really about accepting that.”

Our addictive impulses are connected to the survival and pleasure centers of our brain, so they react faster and with greater force than the part of our brain responsible for reasoning. This means that cravings surge long before thoughts of consequence kick in. Beating back urges can be a losing battle even for the strongest of wills.

“An addict cannot force themselves into a place of health by soldiering through life,” Heller said. “This is about being willing, not being willful.”

If addiction is a spiritual disease, then the cure has to come from within. There are tools to address the physical aspects of addiction, but experts say we must also cultivate positive behaviors, such as humility, accountability, a sense of purpose, and healthy coping mechanisms.

Life can be cruel, the world can seem crazy, but how we handle it makes all the difference. Boucher urges us to step back, be thankful for what we have, and reconnect with what is essential to our souls.