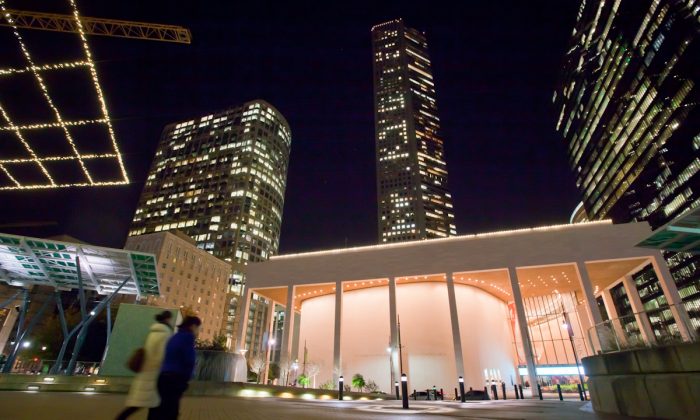 HOUSTON—Action coach Doug Winnie is a born entrepreneur with seemingly endless drive, beginning his first business endeavor at age 14 selling business cards, moving onto growing businesses as a business coach, becoming a pilot, and traveling through over 25 countries.

Even so, he needs to recharge.  Mr. Winnie found a surprising source of inspiration and revitalization through 5,000 years of traditional Chinese culture presented by Shen Yun Performing Arts.

“It’s taken me a long time to come see it, but I’ll be back every year now,” Mr. Winnie said at the Jones Hall for the Performing Arts on Dec. 22, opening night of New York-based Shen Yun’s 12-show run in Houston. Shen Yun has been touring the globe since 2006, and now in its 10th year, is poised to perform over 400 performances.

It was an eventful, emotional, educational, and inspirational performance, said Mr. Winnie, who still had tears in his eyes after seeing the performance.

He realized, seeing the revival of this ancient culture, how much history is in line with his own sources of inspiration.

“Culture is very important in the world, and how it has evolved over time and it shouldn’t be destroyed, instead embraced and learned from, and help people get energy and revitalized from history,” Mr. Winnie said.

Many audience members had been shocked to hear that Shen Yun could not perform in China. The art forms Shen Yun performs are traditional arts, like classical Chinese dance, and they are forms that embody traditional Chinese culture: a culture that believes in harmony between Heaven, Earth, and humankind. It is deeply spiritual, and thus the Chinese Communist Party sought to destroy it when it came into power some 60 years ago.

Then in 2006, Shen Yun was created by artists who came together in New York, from around the world, with a wish to revive the traditional culture.

“There’s so much that comes from music and dance, and you can be revitalized just by coming from a two and a half hour show. Revitalized, full of energy because of the show,” Mr. Winnie said.