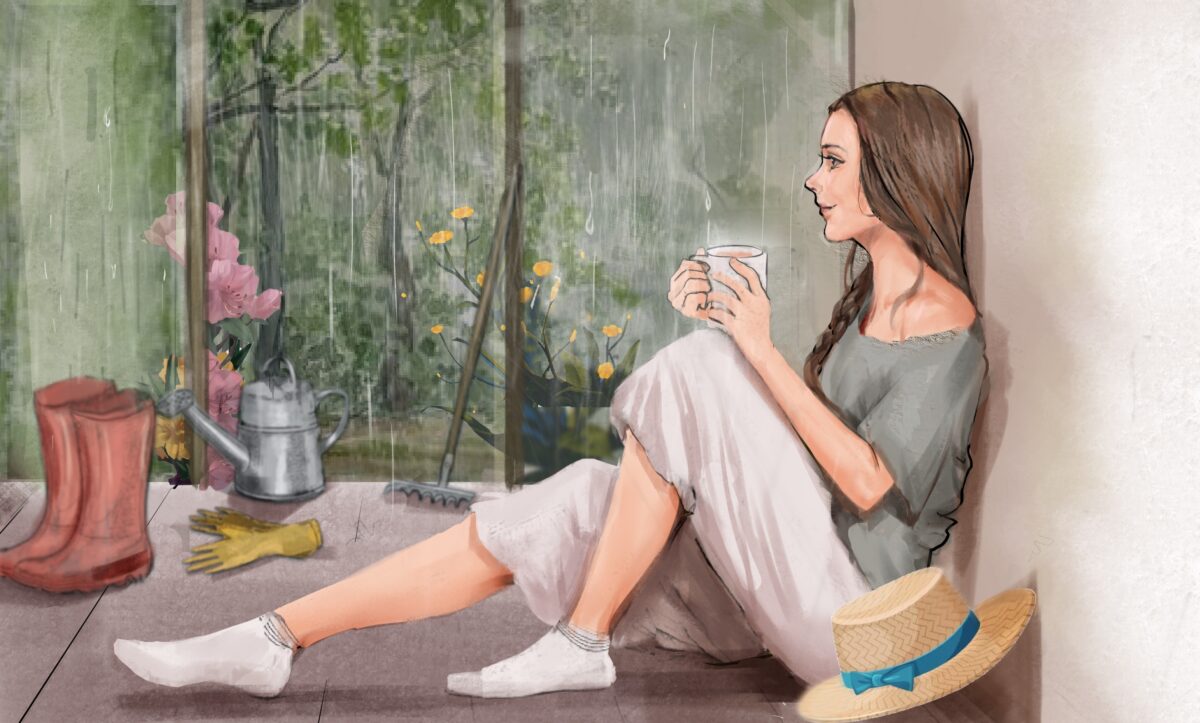 Accepting Reality Is Not Giving Up

Establishing a positive attitude can propel us past many obstacles
BY Jeff Minick TIMEJuly 25, 2022 PRINT

“It is what it is” was a favorite expression of a woman I once knew. If it was pouring rain the day she’d planned on weeding her flower beds, that phrase would be the first on her lips. If a friend canceled dinner plans because of an unexpected obligation, “It is what it is” popped out of her mouth.

That constant repetition mildly annoyed me. That she delivered this fatalistic pronouncement in a chirpy, cheerful tone was just as irritating. Well, she seemed to say, we can’t do anything about the rain or the canceled plans, so we might as well just accept it and move on.

And of course, she was on target. “It is what it is” means recognizing the shackles of reality. When a loved one dies, we may sink into despair, feeling as if some invisible surgeon has just removed a part of our heart, but that death remains a hard, cold fact. If our company downsizes and we lose our job, we can bemoan our bad luck all we like, but the fact remains that we are unemployed.

Right now, for instance, reality is hitting most of us in our billfolds. The cost of groceries is through the roof and beyond, and the price of a gallon of gas has never been higher. This inflation may infuriate us, and we can gripe about the government that has caused it, but there’s little else we can do.

It is what it is.

On the other hand, such fatalism can itself prove fatal. Some of our national policies prove this point. Faced with massive drug smuggling at our porous southern border, the federal government has apparently thrown up its hands and decided to accept that more than 100,000 Americans will die of overdoses again this year. The mayors of some large cities look at spiking urban crime, homelessness, and filthy, deteriorating neighborhoods, and shrug off this decay rather than fight it.

This indifference bred by fate can ring true in our personal lives. Several parents I know, for example, are estranged from their adult children. They lament this separation, but with little or no pushback on their part. They don’t storm the gates of this uncoupling with letters, emails, or phone calls, but instead accept the failed relationship as a given. The dice have rolled, they seem to think, and the game is over.

In these situations, public and private, two things must occur if we are to get unstuck and move past our troubles. First, we must accept, as did my friend, the reality of our situation, the “it is what it is” part of the formula. If our spouse dies, we must first endure the initial shock of that tragedy when all the world seems a senseless blur. Eventually, however, if we’re to forge ahead, we must come to grips with this new reality and its conundrums: How can I raise my 9-year-old son and still make a living? How can I manage all the chores that are now my responsibility alone? How can one person possibly do everything that two once did?

Following this clear-eyed look at our circumstances comes the second step: using our common sense and know-how to shift directions and take a new path. We consult with family, friends, or counselors, weigh our options, and reenter the arena.

Whatever our religious inclinations, the serenity prayer popularized by Alcoholics Anonymous offers an excellent nugget of advice for this second step of the journey: “God, grant me the serenity to accept the things I cannot change, the courage to change the things I can, and the wisdom to know the difference.”

Acceptance, courage, change, and wisdom: These are the markers separating “It is what it is” from “It is what I will make of it.”