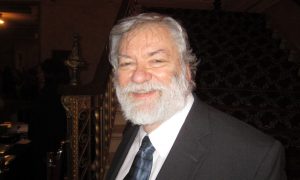 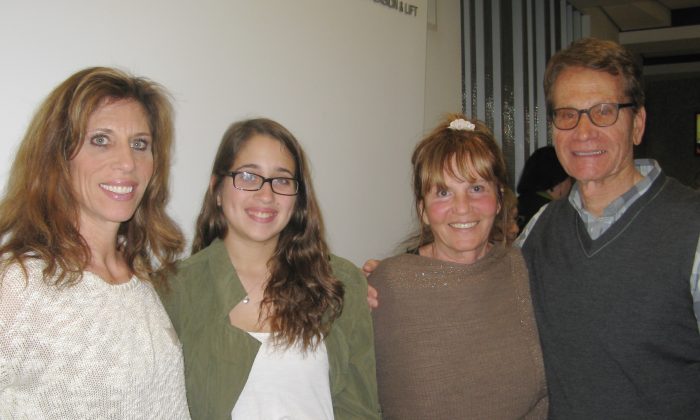 NORTHRIDGE, Calif.—Shen Yun Performing Arts World Company closed out its second night at the Valley Performing Arts Center on Wednesday, Jan. 28. Among those in attendance was Pat Kiddoo, enjoying an evening out with her husband.

“I thought it was awesome … absolutely unbelievable,” said Mrs. Kiddoo. “I don’t throw those words around easily.”

Mrs. Kiddoo particularly enjoyed the immersive quality of the performance.

“The whole show I think was just uplifting, and made me feel like I was a part of it,” she said. “I was flying around in there with them.”

One particularly thrilling piece for Mrs. Kiddo was the erhu solo. The erhu is a two-stringed instrument with the capability to produce distinctive sounds that convey a wide range of emotions.

“My body was excited. I was just physically thrilled and excited. It was amazing, amazing, wonderful, wonderful time,” she said.

Shen Yun is a New York-based classical Chinese music and dance company, and it’s mission is to revive traditional Chinese culture, which was steeped in spirituality.

According the Shen Yun’s website, “Throughout Chinese history, the fields of medicine, astronomy, dance, music, painting, military tactics, literature, poetry, the culinary arts, construction, and other cultural displays have been guided at their highest levels by Buddhist or Taoist cultivation or by Confucian philosophy. They are not limited to tangible objects or visible skill.”

Mrs. Kiddo seemed to connect to the performance on a deeper level.

“I felt the show inside,” she said. “You know, it was like a tingling sensation that you have. I don’t get that all the time.”

Arthur Guglielmi, who works as a CPA in Santa Monica, came to see Shen Yun perform for the second time. Knowing that the trip was well worth it, he made sure to bring his family along for the experience as well.

“I got my daughter and granddaughter to come,” Mr. Guglielmi said. “I said, ‘you have to see this.'”

“It’s amazing to watch the work that’s put into the show,” he said. “I loved it.”

This is Shen Yun at first glance. Looking deeper, however, one sees more.

“Mortals and divine beings merge on stage as one,” says Shen Yun’s website. “Principles such as benevolence and justice, propriety and wisdom, respect for the heavens, and divine retribution, all come to life, washing over the audience. Originating from Confucianism, Buddhism, and Taoism, these ideals are the essence of traditional Chinese culture.”

The deeper connotations are what brought Mr. Guglielmi back.

“It’s got a message of peace for around the world. It makes you appreciate the different cultures,” he said.

“All we want in life is eternal peace. And there’s something about [this] – that there’s a message here – that if you live the right way, the truth will rise … It’s a real deep feeling that I get out of it.”

Mr. Guglielmi said that thought provoking entertainment is hard to come by nowadays.

For Mariela Deaver, a psychologist, attending Shen Yun was part a special treat for her family.

“I didn’t know what to get my mom for Christmas,” Ms. Deaver explained. “And I said, ‘you know what? This is the best present,'” referring to the night’s performance.

Apparently Ms. Deaver was very pleased with her choice.

“I loved it … the dancers I mean, they looked like they’re flying, they’re so beautiful,” said Ms. Deaver.

As the website states, “Shen Yun and its mission have drawn top talent from around the world; many artists are winners of international competitions in dance, choreography, and music.”

Ms. Deaver and her mother were sitting just two rows from the orchestra; she noted the expressiveness of the dancers, especially in a particular dance called “The Power of Compassion.”

“That dance is jut so expressive. You can see the angelical faces in the good guys” as well as the expressions of the bad ones, she said.

“China’s deep cultural traditions are contained in classical Chinese dance, allowing its movements to be richly expressive, such that the personalities and feelings of characters can be portrayed with unparalleled clarity.”

Ms. Deaver said she was also quite touched by the passion of the vocal soloists.

“The ladies were singing with so much passion,” she said. “Not just beautiful voices, but their passion [in] their singing.”

Traditional Chinese culture has been nearly decimated after decades of rule by the Chinese Communist Party. Many campaigns, and in particular, the Cultural Revolution, left many sacred temples and cultural monuments in ruins. Shen Yun seeks to revive the beauty of ancient Chinese culture, however, and it cannot perform in mainland China nowadays.

Ms. Deaver said that the songs of the vocal soloists gave her hope that they would one day be able to sing in China “where they can express what they feel [and] what they want.”