A Shen Yun Performance is ‘Transformative’ 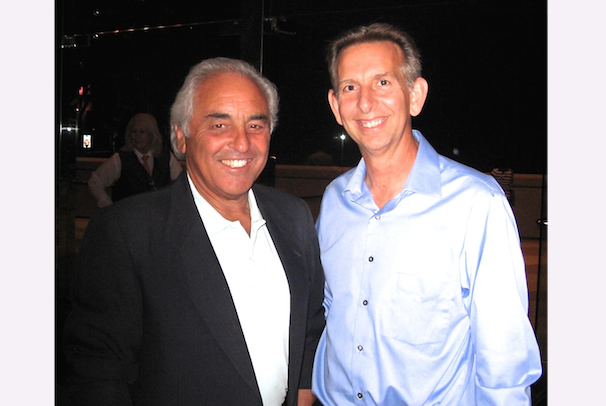 COSTA MESA, Calif.— Scott LaDoucer, founder of the Inner World Institute and author of the book The Treasures Within, and Francis Fiermonte, owner of White Emerald Financial Group, were very touched by Shen Yun Performing Arts’ New York Company at the Segerstrom Center for the Arts, on March 16.

“It was extraordinary,” said Mr. LaDoucer.

“I totally enjoyed it, completely,” said Mr. Fiermonte. “Each and every facet of that performance was exquisite.”

According to New York-based Shen Yun’s website, “China was once known as Shen Zhou—The Divine Land.”

“For 5,000 years divine culture flourished in the land of China. Humanity’s treasure was nearly lost, but through breathtaking music and dance, Shen Yun is bringing back this glorious culture,” says the website. Shen Yun was established in 2006.

Mr. LaDoucer and Mr. Fiermonte had wonderful things to say about Shen Yun.

“It was candy for the soul, the colorfulness of it, the human element, moving around like that and bringing the synchronicity of music and dance,” said Mr. LaDoucer. “It felt really, really neat to sit there and just be moved by such an amazing culture.”

“From the dancing to the colors to the movement, and it not only brought forth the sense of the divine that was in the Chinese culture and the Chinese history, but it really impressed upon me what I remember to be the meaning of Shen Yun, which is the beauty of heavenly bodies dancing. It was exquisite. I feel not only moved, but I feel absolutely touched in so many deep spaces,” said Mr. Fiermonte.

Mr. LaDoucer appreciated the drums that were used during the performance and said their vibrations often resonated with people. He was also fascinated by a piece called The Lotus Fairies. “That was amazing,” he said.

“There was something about the movement, the dress, and the color that was at work there,” he said. “That just took me over.”

Mr. Fiermonte was deeply moved by a soprano soloist in the program, and he said he could feel the power of the singer’s voice within himself, along with the musical rhythm of the orchestra and the movement of the dancers. He said when he became calm, it was even easier to notice everything.

“Of course, with the color and the precision and the excellence of the dancers, it just made it that much easier to connect,” he said. “It was a remarkable experience, one that I will not forget, and may have a very powerful transformative effect upon me.”

Mr. LaDoucer could also feel a spiritual connection with the artists on stage, and he said during the performance, he had a feeling of transcending the physical world and touching the soul. He said if other people were interested in looking deeper within, come see Shen Yun.

“If anyone’s looking to find the self within them, come here, check this out, realize there’s a lot more going on inside of us and beyond us than we could ever imagine,” he said.

“I just recommend it to anybody,” he said. “And I’d like to go somewhere else in the world and see the next show.”