A Sense of Hope From Shen Yun 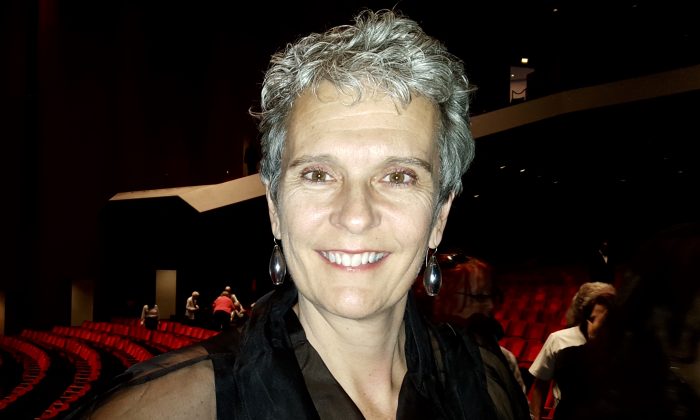 HOUSTON—”We came all the way from North Africa to see this,” Deborah MacArthur said with a laugh, standing with family members after the curtains dropped on Shen Yun Performing Arts and the standing ovations ended.

I felt awe at the historical context.
— Deborah MacArthur

“I had high expectations and it met the expectations,” Ms. MacArthur said at the the Jones Hall for the Performing Arts on Dec. 23. “While I was watching it I felt hope; I felt awe at the historical context.”

Ms. MacArthur, owner of her own management consulting firm after spending two decades with leaders in the industry, splits her time between Houston and Morocco. There, she spends her time as CEO of leadership program Global-Lights and president of the largest American educational program in North Africa forging connections and inspiring entrepreneurs.

Her sense of hope stemmed from the performance, which brings to life China’s divine culture. Shen Yun, founded by artists from around the world in New York in 2006, was created with the mission of reviving traditional Chinese culture—a culture rich with virtues and principles such as benevolence and justice, propriety and wisdom, respect for the heavens, and divine retribution.

This spiritual side of China was a new impression for several members in the audience that day.

It was very impactful, Ms. MacArthur said. She found a “new appreciation for the historical Chinese culture that’s deeply rooted in the idea of heaven and the earth.” She also realized that this traditional culture and its beliefs, its stories, were not as widely shared in China.

Under 60-some years of atheist communist rule in China, many traditions from 5,000 years of dynasties were nearly destroyed. But they were alive and well on stage in Houston, and the ideas Ms. MacArthur experienced felt universal to her.

“It shows an almost global view,” Ms. MacArthur said. The program starts in the heavens, where the Creator sets 5,000 years of Chinese civilization into motion. It is an ancient Chinese myth, but as Ms. MacArthur explained, it is something innate across cultures.

“It transcends different cultures and religions,” Ms. MacArthur said. “I think we all hope for the future, and we all want to feel created by something bigger than ourselves, so I think that [Shen Yun] reinforced that here.”