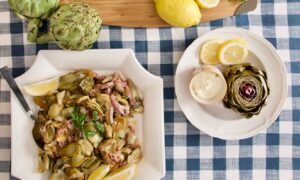 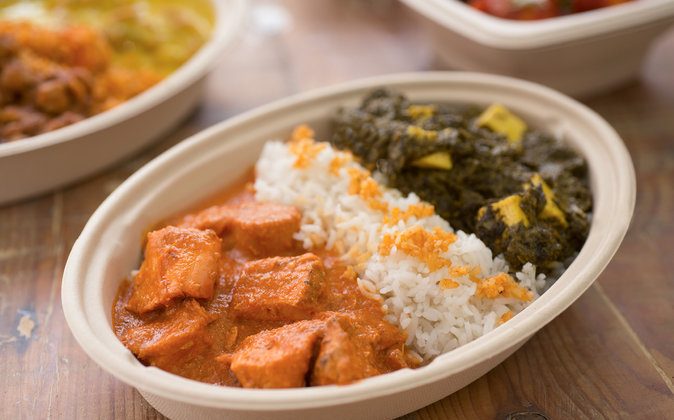 A Fast-Casual Spinoff From Baluchi’s

Someone was bound to think of it sooner or later, but it’s genius: making high-quality Indian food accessible and affordable.

Baluchi’s Fresh, conceived by the father and son team of Rakesh and Rohan Aggarwal, is a fast-casual spin-off of Baluchi’s.

It’s set in Midtown, just a block north of Bryant Park, in an area that the Aggarwals found devoid of Indian restaurants.

The menu is focused on quality and freshness.

Dishes are made daily, and the ordering process is simplified—no long menus to wade through. Pick two dishes, and you get rice and naan with them, all for under $10. If you aren’t sure what the items are, ask for a sample. It’s encouraged.

Though the most popular dish currently is the chicken tikka masala, the younger Aggarwarl said he hopes to expand diners’ palates with the daily specials.

“There are dishes that people have never seen,” he said. Eventually he hopes that chicken tikka masala won’t be the automatic go-to dish.

The roomali (or handkerchief bread) made fresh with whole-wheat flour, is super thin, but has a wonderful, nutty flavor. I normally eschew wraps of any kind because of their tasteless wrappers, but these are a clear winner.

Filled with sautéed onions and peppers, there are either meat fillings (try the superlative lamb) or vegetarian ones (paneer or soy, the latter is so eerily similar to chicken that more than one customer so far has barged into the kitchen concerned they were eating meat).

Speaking of roomali and breads, the naan is unlimited and comes hot, straight from the tandoor oven. There is nothing like eating naan within the first few minutes after it comes out: it’s crisp, light, nothing like the chewy, pillowy shadow of itself that it becomes five minutes later.

Offering unlimited, free naan is something that Aggarwal has been wanting to do for a while. He doesn’t believe in charging for it.

“It’s Indian culture, when you’re at someone’s house, and they make you fresh roti, and they’re feeding you, they don’t stop. They don’t ask you how many you would like. … It’s a little bit of my hospitality background, the way I’ve grown up. I love to feed people,” he said.

The freshness is what’s most noticeable, from the specials to the bright chaats (get the Alu Papri), to the cilantro chutney (made daily, compared to on a weekly basis, said Aggarwal).

Baluchi’s Fresh is highly recommended. In October it will be open until 4 a.m.